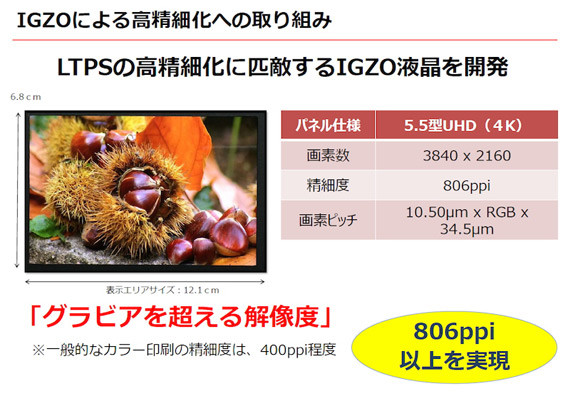 Thinking of buying the LG G3, Galaxy S6, Galaxy S6 Edge or another handset with a Quad HD display? You might want to wait, as Sharp today announced the first 4K smartphone display. Measuring 5.5 inches, the IGZO panel comes with 4K Ultra HD resolution which offers a jaw-dropping 806 pixels per inch density.

Sharp's new 4K panel features a 2160 x 3840 pixels resolution, which equates to 806ppi density and that is essentially. The new smartphone panel is expected to go into mass production next year and could land on smartphones as soon as the end of 2016 or beginning of 2017. 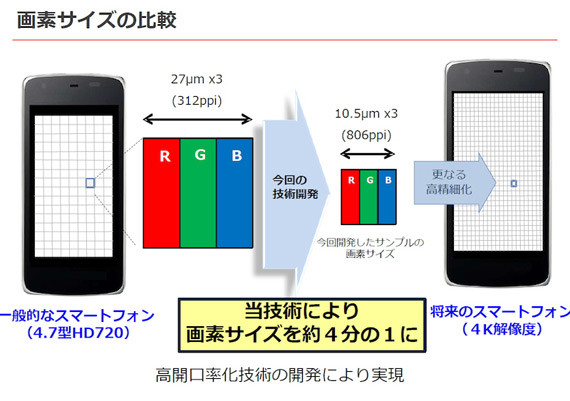 At the moment, the smartphone market has reached what many call is the absolute limit as the Quad HD displays (also known as 1440p) are only slightly better than 1080p to the human eye so is 4K a necessity? One possible reason for launching a 4K smartphone could be to encourage more people to want 4K content which should hopefully ensure there's more 4K content made available.

Samsung is reportedly working on a 4K display for the Galaxy Note 5 and Sony could offer a QHD flavour of the Xperia Z4 but these could soon be surpassed. The introduction of a 4K smartphone display means we can turn our attention to the next big thing: 8K. LG is reportedly working on a 27-inch 8K panel for Apple (supposedly for use in the iMac range), and it's only a matter of time until this is made much smaller for use on smartphones