With Windows 8 launching tomorrow, the team behind Skype have been working hard to improve the backbone of the world’s most popular video chat service.

A large part of this work has been shifting the messaging system over to the Messenger system, which of course supports offline messaging – a feature that Skype has needed for some time. Microsoft Account integration/merging has been added to Skype too.

This shift also means that you can now contact your Messenger friends (or those on Outlook.com or Hotmail) through Skype. Within the coming weeks you’ll also be able to call your Messenger friends, which will also include your friends on Xbox. It’s likely that we’ll be seeing Skype on the Xbox 360 in the short-term future. 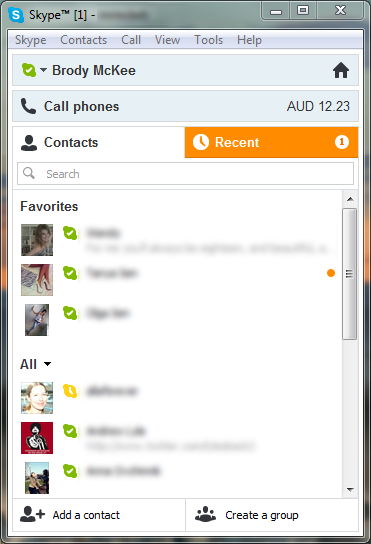 Of course, this update also includes a new look for Skype. Whilst it’s obviously inspired by Microsoft’s new UI designs, it doesn’t seem to sit as well within the Windows 7 UI as it would in the flatter Windows 8 desktop (where of course you’d use the touch version anyway).

Other features include support for six new languages, and both multiple window and retina support on Mac.

If you want to learn more, check out the Skype Blog or download Skype 6.0 now (Windows | Mac).