Documents previously leaked by whistleblower Ed Snowden were further revealed yesterday by NBC News. The documents revelations include some of the "underground" tactics GCHQ (a British intelligence agency) used to lure targets into a vulnerable position. Some of these victims included journalists, anonymous activists, hackers and even nations.

According to the documents, British spies have developed methods of "destroying", "denying" and "degrading enemies" by discrediting them through propaganda and communication failure (phone bombardment and email disruption). Other creative methods are described, including setting up fake blogs, posting on targets social networking sites, and luring targets into sexual engagements (commonly known as the honey trap). 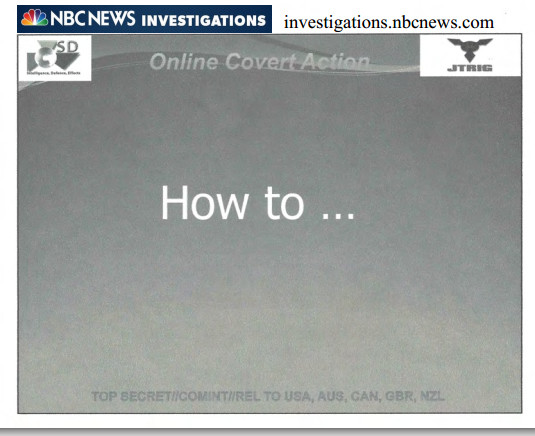 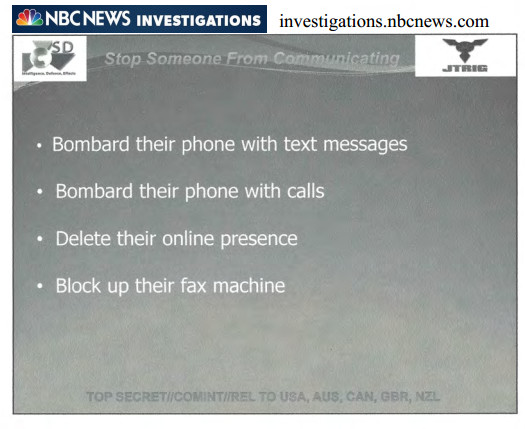 Eric King, a professor of IT Law at the London School Of Economics claimed it was "remarkable" that the cyber protection unit in Britain had such a right to invade targets in an aggressive manner. He went on to say how "Hacking is one of the most invasive methods of surveillance" hinting even GCHQ didn't have the right.

Intelligence officials stood up for the actions that caused such controversy, and stated that the actions were an appropriate response to the illegal acts. One official furthered his point by claiming that British spies were "slightly ahead" of U.S spies when using aggression against targets. The PowerPoint documents also reveal viruses that GCHQ used on suspects, deleting all their emails, encrypting files and making the screen shake as well as preventing the user from logging on.

These documents were obtained by NBC News from Ed Snowden, and came in form of 2 PowerPoint's. They can be located in the above links and are definitely worth a look.