When Google announced Google TV, many thought that it would change how we interact with our televisions turning them from dumb screens in to smart screens. With Google’s marketing power, many expected Google TV to hit the ground full steam ahead and take the market by storm.

But, Google TV did not hit the ground running; it hit the ground with a resounding thud and has failed to live up to the hype it generated when it was announced back in May of 2010.

If you jump back in to your time machine to December, Eric Schmidt made a bold prediction;

“By the summer of 2012, the majority of the televisions you see in stores will have Google TV embedded.”

While he does not give a specific number, "the majority" would suggest that more than 50% of televisions on the market by the Summer of 2012 would be running Google TV and here we are, just a couple of months from the start of summer, and Google TV has been nothing more than a failed promise; we should note that an LG TV (possibly in two sizes) is rumored for release any day now.

If we look back to January, Google announced that it had teamed up with many A-list companies to help incorporate Google TV in to the living room which included, Sony, Samsung, Vizio, LG and others. So far though, the Sony Internet TV is the only device getting any love from the Google TV website and Best Buy. 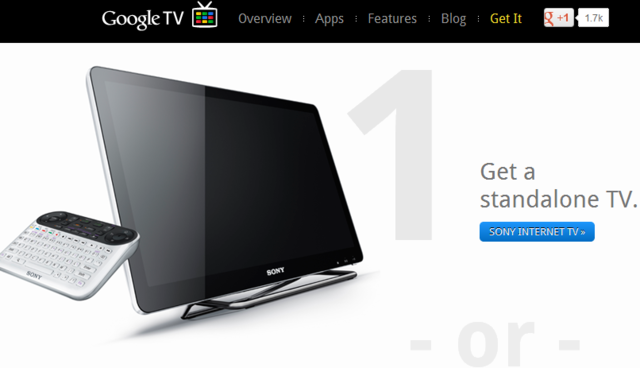 Maybe we were not looking in the correct corners of the web or maybe there is a big push in June of this year to release a metric-ton of Google powered TVs that will make Schmidt’s predictions come true. But, if you look at the market now, it seems that the prediction made back in December, will not come true.

As it stands today, finding a TV with Google under the hood is the exception to the rule and until we see a massive push by the vendors, Google TV will sit on the sidelines, waiting for the chance to show the world what it is capable of doing.