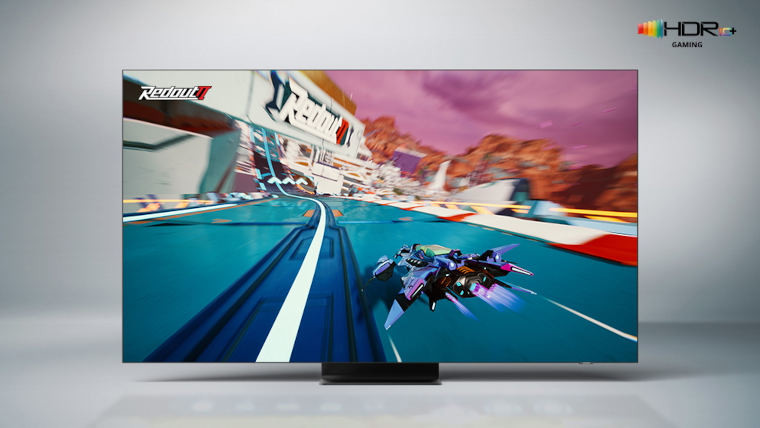 Samsung has announced that select 2022 4K and 8K TVs and gaming monitors that it plans to show off at CES will come with support for the HDR10+ GAMING standard which alerts gamers to the fact that the displays deliver an ‘immersive, ultra-responsive HDR gaming experience’.

According to the Korean company, the new standard helps game developers provide the best visual experience for customers without the need for manual calibration. As a bonus, this standard works across different input sources including consoles and PCs so if you have multiple devices hooked up to the display, there’s no need to mess around with the settings for each source.

“We are extremely proud to announce that the new HDR10+ GAMING standard will be adopted by Samsung’s 2022 Neo QLED line up with the Q70 TV series and above and gaming monitors, allowing users to enjoy a game-changing experience through cutting-edge visuals and richer, life-like images. Samsung will continue to invest in users’ viewing experiences as technology continues to advance and provide enhanced new features and capabilities.”

Aside from Samsung showing off these displays at the upcoming CES event, several gaming companies, such as Saber Interactive, have some HDR10+ GAMING titles ready to show off at the event. Two of the games which have support for the new standard include Redout 2 and Pinball FX so be on the lookout for those. Game Mechanic Studios is another firm that will be showing off titles including Happy Trails and Kidnapped Princess.

People playing titles on PC will need a compatible graphics card too, some of the ones that Samsung named include the NVIDIA GeForce RTX 30 Series, RTX 20 Series, and the GTX 16 Series GPUs. It said these will have HDR10+ GAMING drivers released next year.