It seems Microsoft's decision to skip the Release Preview ring before making the latest feature update for Windows 10 available to all users may not have been the best decision, after all. Alongside a bug with CPU usage in the Task Manager, the update is also experiencing issues due to driver incompatibility with some Intel processors.

Users trying to install the October 2018 Update with the incompatible drivers will see the following message: 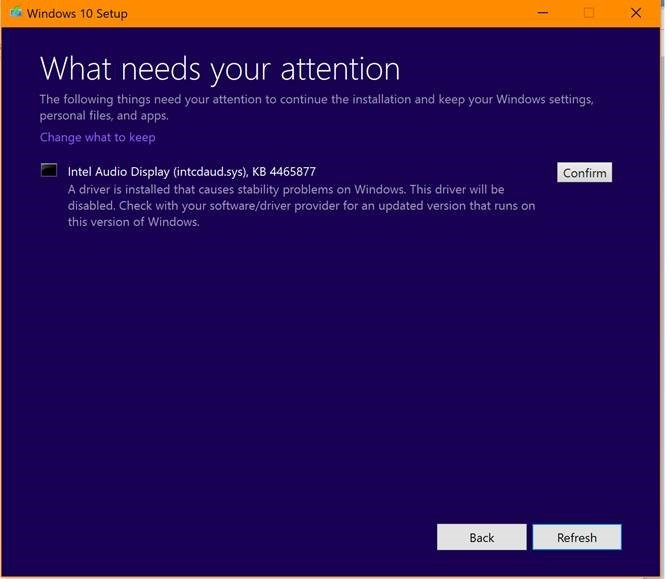 The software giant's support page indicates that the offending drivers "result in excessive processor demand and reduced battery life." The update for users with those drivers is, therefore, being blocked, and the company recommends users press the back button to cancel the update process.

Processors affected by the problem seem to be the 6th-generation of Intel products and later, as confirmed by the chipmaker. It has also provided a fix already, in the form of the Intel Display Audio Driver version 10.25.0.10, which is bundled with Intel Graphics Driver version 24.20.100.6286. Intel recommends all users with Skylake and newer processors to install the aforementioned Graphics Drivers before trying to attempt installing the October 2018 Update.

A helpful video on how to check the driver version installed on your system is also found on Intel's support page.

Thanks for the tip Divyanka!