Intel's Alder Lake-S processors alongside compatible LGA 1700 socket-based Z690 chipset motherboards are launching very soon. Rumor has it that only the unlocked K and KF SKUs are coming initially followed by more models later in 2022. As such, the alleged packaging of the CPUs had already leaked earlier courtesy of VideoCardz who posted pictures of the boxes of the Core i9-12900K towards the end of last month.

Earlier today, a Redditor with the username Seby9123 had posted more photos of the i9-12900K with finished retail packaging stating they were able to purchase the CPU early from an unnamed retailer for $610. The photos posted today do match the images that VideoCardz had released earlier. Alongside the packaging, a photo of the i9-12900K itself has also been added.

The retail box is pretty fancy as is generally the case with a lot of these flagship products' packages. A dummy chip wafer also comes inside the box.

Sadly, the poster is unable to use the CPU as no accompanying motherboard is available. As such we get no final production version benchmarks of the CPU and all the user can do for now is look at his purchase and admire its beauty.

VideoCardz had also posted the box designs for the i7-12700K and the i5-12600K too. These, along with their KF versions are the six Alder Lake-S SKUs that will be available initially for purchase.

Earlier today, as spotted by Twitter user Vamps, Microcenter had also posted an early Core i9-12900K listing that details some of the possible final launch specs of the flagship Alder Lake-S processor. The part is priced at $669.99 although it could be just a placeholder. The page has since been removed. 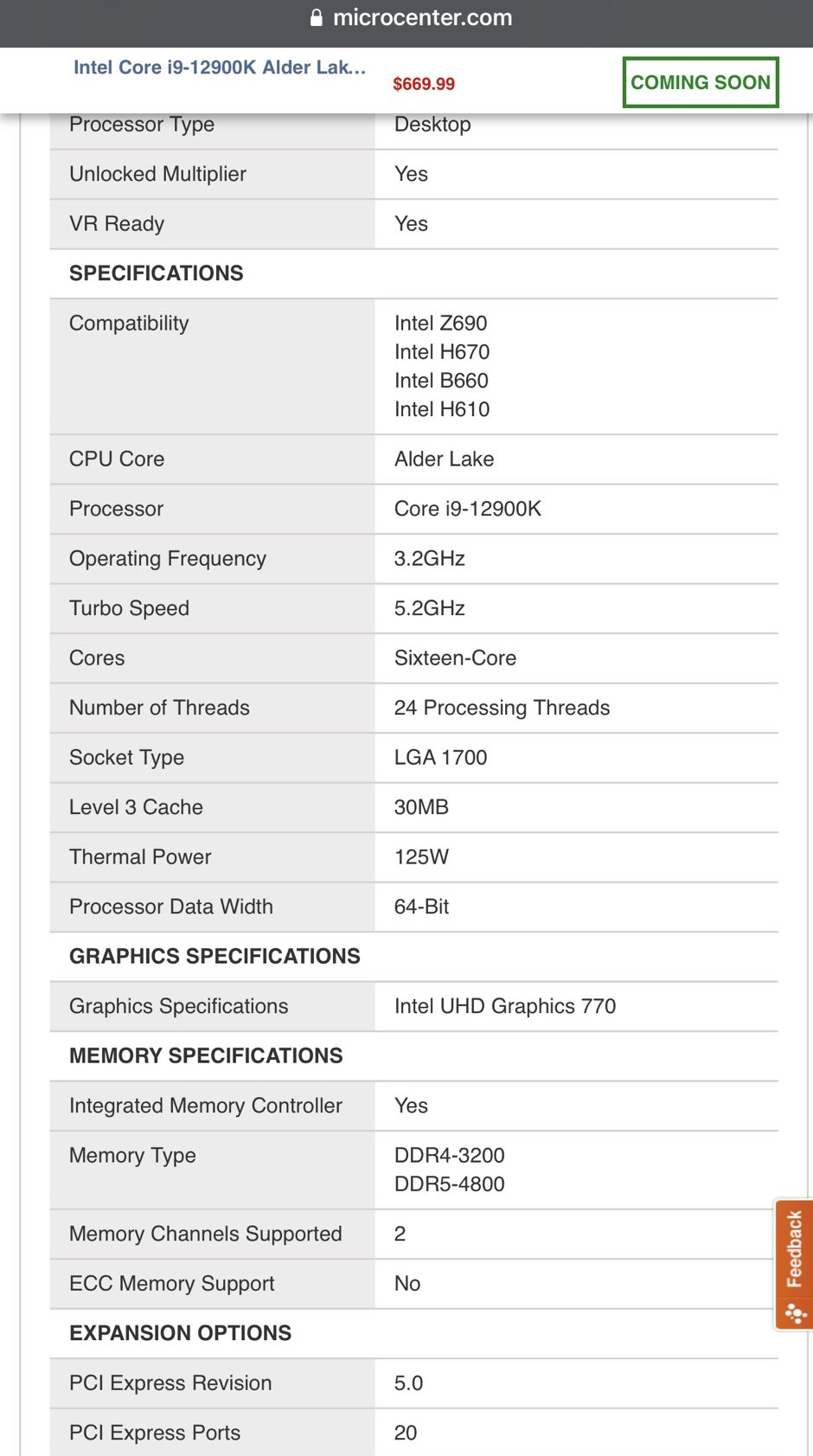 The Core i9-12900K will introduce the new UHD graphics 770 and come with official memory support of DDR4-3200 or DDR5-4800, though Intel processors can generally easily overclock past these. Alongside DDR5, Alder Lake will also be debuting PCIe Gen 5.