It’s no surprise that the games industry is cracking down on the sale and usage of used games, considering publishing companies make no money off any of those sales. However, with the new upcoming Xbox rumoured to be announced this year, and with the PlayStation 4 experience the same treatment, we’re lead to believe that used games will not work on the next generation of consoles. 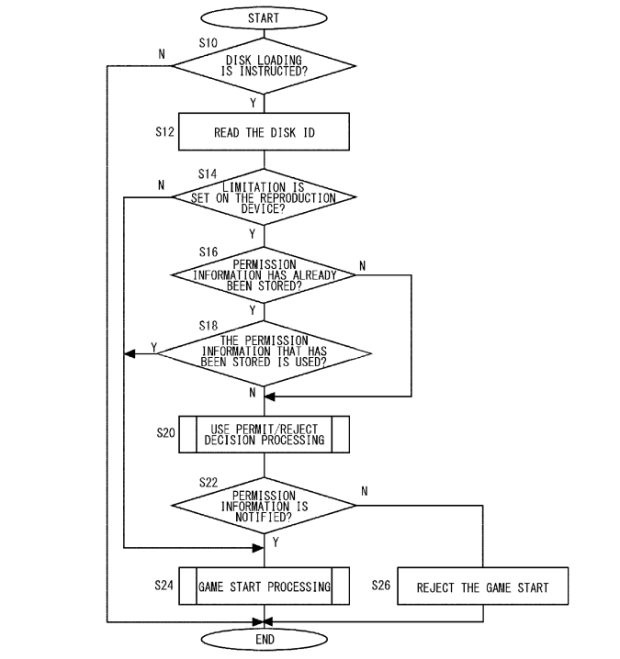 The patent document (pictured above) has been outed from Sony’s manufacturing team and here’s how it works; when a game is executed on the system it will call for an “Electronic Content Processing System” which is believed to be an online signature that verifies that the game is new or used, after this process is completed the system will “Use Apparatus” to deny the use of second hand titles.

We know that each game is given a unique ID, which is then processed within the disk drive and the optical drive carrying the disk. From there, the console will be able to track whether that ID has checked in on any other consoles. From what we can see, once the game is inserted or downloaded for the first time, it transfers a block of data once to the hard drive; this process cannot be replicated or redone meaning once it’s done that game is locked to the system it was executed on first.

We know game retailer profits will suffer due to the lack of used-game sales, especially considering Gamestop stocks fell sharply after this news. The real question is, how do we feel about this and will other console makers do the same? We believe used game sales and usage may come to an end, because the hassle of buying and playing used games whether online or offline is becoming a little too difficult, but do you feel different?