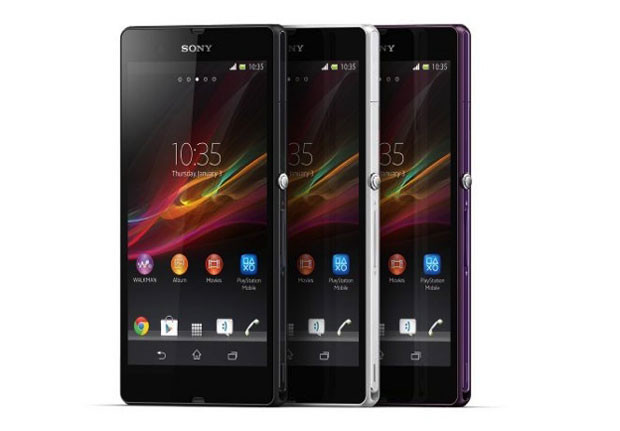 Today at CES 2013, Sony has unveiled a brand new (and heavily rumored) Android flagship device called the Xperia Z, bringing with it some mighty impressive specifications for this sort of device. The Xperia Z packs a 5-inch, 1080p 443-ppi TFT LCD "Reality" display in a 7.9mm thin body, plus a fast quad-core Qualcomm Snapdragon S4 Pro chipset with LTE and NFC on board, and 2 GB of RAM. Storage-wise there's 16 GB on-board plus a microSD card slot for expansion.

Other features that are particularly exciting include the new 13-megapixel Exmor RS camera sensor, improving on last year's already fantastic Exmor camera that we saw in the Xperia S by bringing HDR video and 9 MP burst mode at 10 frames per second. The front facing camera also has been upgraded to a 2-megapixel Exmor R sensor, so perhaps finally we can get decent front-facing shots.

Also, the Xperia Z comes with IP55 and IP57 certification, meaning the phone is water-resistant up to 1 meter, protected from jets of water and encased from dust causing serious damage. Previously these sorts of designations were only given to tough-model smartphones, so it's wonderful to see an actual flagship being well protected from the elements.

Currently there's no word on the price, but it will be launching very soon: sometime in Q1 2013. When it does launch it will be loaded with Android 4.1, although an upgrade to 4.2 will come shortly afterwards.