We've already revealed that the standard version of the long awaited 20-inch 4K tablet from Panasonic, running Windows 8.1, will finally start shipping in February. However, the company is also working on what they call a Performance model of the massive Toughpad tablet and this week at CES 2014 it revealed the upgraded hardware specs for that version. 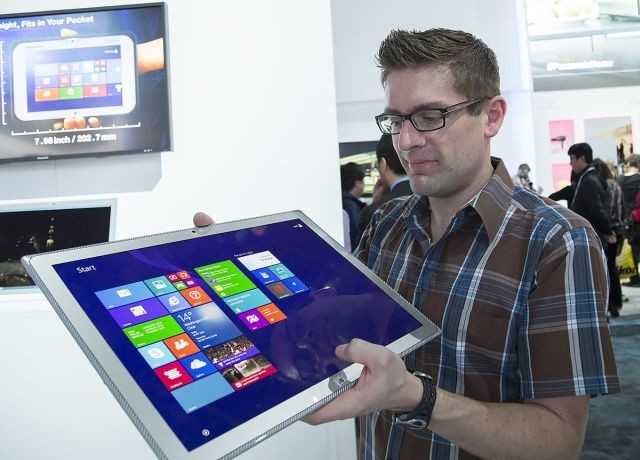 Panasonic's page for both models state the Performance version will have 16GB of RAM, compared to the 8GB on the regular model. It will also have an Intel i7 Core processor instead of the standard version's Core i5 chip. While the regular Toughpad 4K tablet will have an NVIDIA GeForce GT745M chip, the Performance model will have a workstation-based NVIDIA Quadro K1000 graphics processor.

In addition, the Performance model will have more ports such as a full Ethernet port, a Mini DisplayPort and an upgraded battery that offers up to 2.5 hours of power compared to just 2 hours for the standard version. Of course, both tablets have that massive display resolution of 3840x2560.

While you can get the standard version in a few weeks for $5,999, the Performance model for the Panasonic Toughpad 4K is due out later this spring and will cost $6,999.