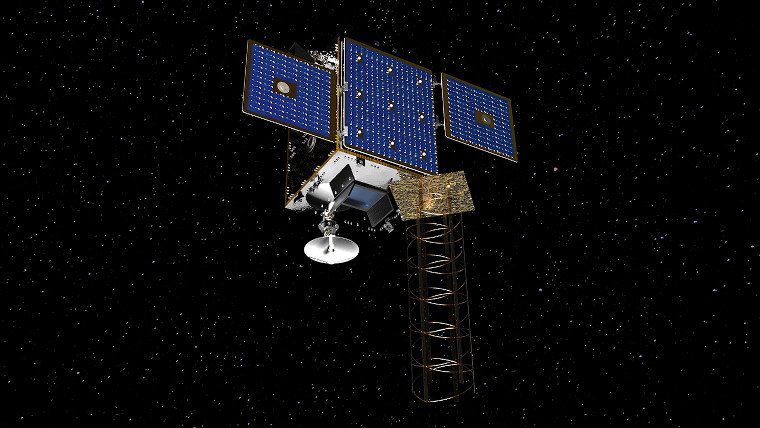 The UK-based firm, Surrey Satellite Technology Ltd (SSTL), has announced that it’s beginning work on a lunar data-relay spacecraft called Lunar Pathfinder. The spacecraft is expected to launch in Q4 2022 and will offer affordable communications services to lunar missions via S-band and UHF links to the Moon’s surface and orbit, and an X-band link back to the Earth.

The 280 kg spacecraft will assist missions in the polar region and on the far side of the moon. This will allow projects to forego developing their own relay comms and use the more affordable Lunar Pathfinder. According to SSTL, the 2022 launch means it will be able to assist NASA’s Artemis programme which seeks to put the first American woman and the next American man at the lunar south pole by 2024 and in orbit around the Moon by 2028.

“Lunar Pathfinder will be the first commercial service to address the need for data relay around the Moon, and will not only demonstrate an innovative business idea, but we fully expect it to also stimulate the emerging Lunar market. By pioneering a commercial solution and service delivery model in lunar orbit, SSTL and ESA are opening the door to providing services to the solar system, and contributing to the scientific progress of deep space exploration.”

Aside from its Lunar Pathfinder project, SSTL said it has also been working on plans for a constellation of spacecraft that it hopes to insert into lunar orbit. This will provide enhanced communications, including navigation services, on the Moon. It hopes this technology will help with activities “from exploration to commercial exploitation and even tourism.”