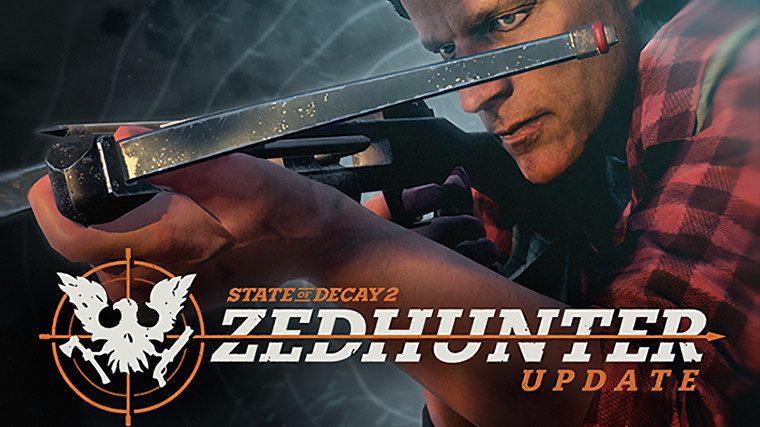 Several new announcements regarding the zombie survival game State of Decay 2 were made during Microsoft's X018 event, shedding light on three major content packs that are planned for the future.

Up first is Zedhunter, a brand new free update that will hit the over four million player strong title next week on November 16. The update will carry some new zombie-slaying equipment such as crossbows and swords. The crossbow especially sounds like a very useful addition, since it's stealthy and its bolts can even be retrieved once fired.

However, the biggest new feature coming with the update is Plague Consumables: special experimental power-ups that are crafted using the zombie infection. Using these will bump up the player character's plague infection a bit, but also grant them useful abilities for a short period, like night vision, boosted health and stamina, and being invisible to zombies.

In addition, new missions, new random quirks, poisonous gas grenades made from bloaters, and even the ability to re-spec character skill specializations are included in the update.

Beyond that, another surprising announcement was that Trumbull Valley, the region that the original State of Decay was set in, will be returning as a new map for the sequel. Undead Labs is also working on a new difficulty mode for the game that will turn everything up a notch, which should be welcome news for hardcore fans.

More details on both of these upcoming additions for State of Decay 2 will be revealed later on, but we do know that they are planned for release in 2019.