The Steam library overhaul Valve has been teasing for some time now is almost ready for its public launch. Valve today announced that the highly anticipated update will arrive in beta form on September 17.

The new blog post gives a look at some of the features this library setup will offer to Steam users. This mainly revolves around the new landing page that gives easy access to recently played games, friend activity, game update details, and custom collections of games users have created.

The Events feature Valve had previously talked about, which lets developers inform players about limited-time events and major updates, was given another look today as well. There's also a new handy post-game summary function that lets players know what achievements they earned during their last play session, and also shows any screenshots they took during it. 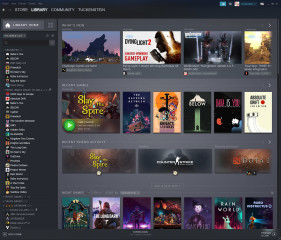 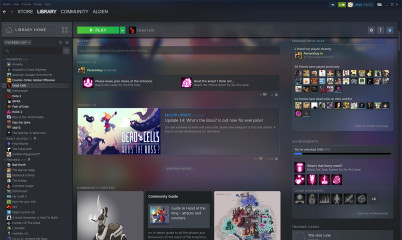 In its blog, Valve described the direction behind the new design and what it hoped to accomplish as follows:

The new Steam library was built with the belief that our libraries are valuable to us – for some customers, they contain more than fifteen years of games. From your absolute favorite AAA title that all your friends are playing, to that solo indie art project that only you seem to love, your Steam library represents your gaming history.

Valve said it will be sharing more in-depth information about the modernized design in the following days as the September 17 beta launch approaches.