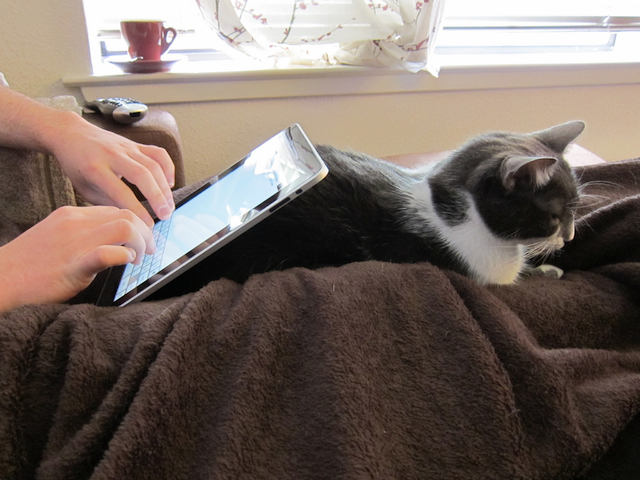 Apple last week announced the international availability of the iPad and with it came some early disappointment as the prices were seemingly much higher than what US customers were paying. Several dismayed MacRumors readers sent emails to CEO Steve Jobs and two received identical replies:

"Please educate yourself. UK prices must by law include VAT, which is around 18%. US prices do not include tax.”

Residents in the UK are imposed a 17.5% VAT added to the final price of a good. This means that the base £429 iPad is actually £365 before VAT is calculated onto the price. At the current exchange rate (1.5 $/£), that translates to about $547 USD—a $47 premium over the $500 that Apple charges in the United States. Once US sales tax is accounted for though, the difference is shrinks further. US sales tax rate is charged by state governments and ranges from six to ten percent.

Also in Steve Jobs’ inbox last week was concern over the iPad’s lack of direct printing support. So far customers have needed to use a secondary computer or app to print from the iPad as iPhone OS does not include printer drivers or any sort of wireless printing mechanism in place. Steve replied in his usual terse nature by stating that “it will come.” 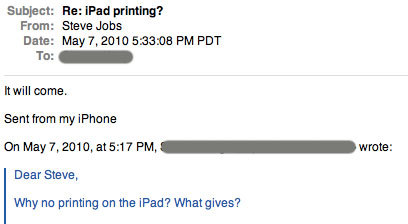