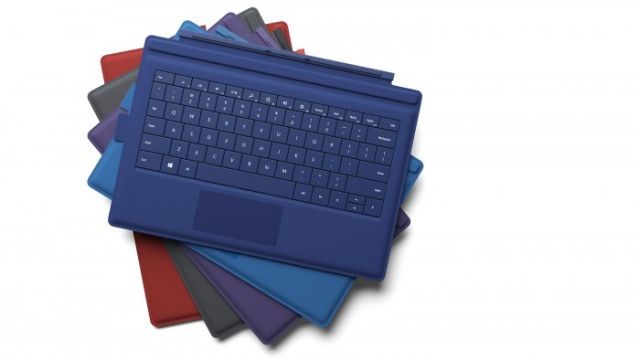 Microsoft will be releasing some new accessories for its Surface lineup of tablets that will support the newly announced Surface Pro 3 along with their older models. This includes a new version of the Type Cover add-on, and Microsoft says it features an improved track pad.

Microsoft's fact sheet states that the new covers will come in red, blue, black, cyan and purple colors. The track pad is 63 percent larger than previous versions of the Type Cover. Microsoft is pricing them at $129.99. 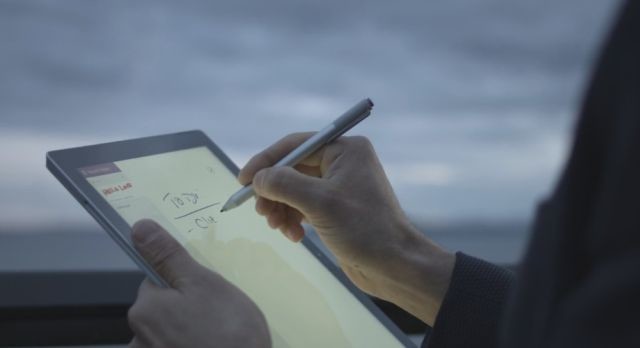 The new Surface Pen is cased in aluminum and Microsoft says it has "256 levels of pressure sensitivity and Palm Block technology". It also uses digitizer tech from N-trig, rather than from Wacom which was used on the pen made for the older Surface Pro tablets. It has a button on top which, when clicked once, automatically launches the OneNote app, even if the Surface Pro 3 is asleep. Double-clicking on the pen's button lets the tablet take a screenshot. The price for the Surface Pen is $49.99. 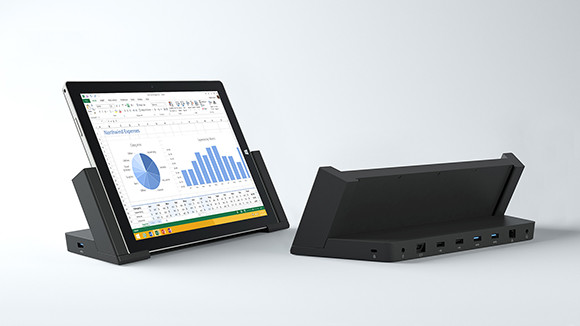 Microsoft is also launching a new docking station made for the larger Surface Pro 3. It will have a a gigabit Ethernet port, a Mini DisplayPort for connecting the tablet to a larger monitor that supports up to 3840x2600 resolution, three USB 3.0 ports and two USB 2.0 ports. It can also be used to charge the tablet. Microsoft has yet to announce a release date for the docking station but its price will be $199.99. It doesn't look like there's been any real change compared to the features for the older Surface docking station other than its size.