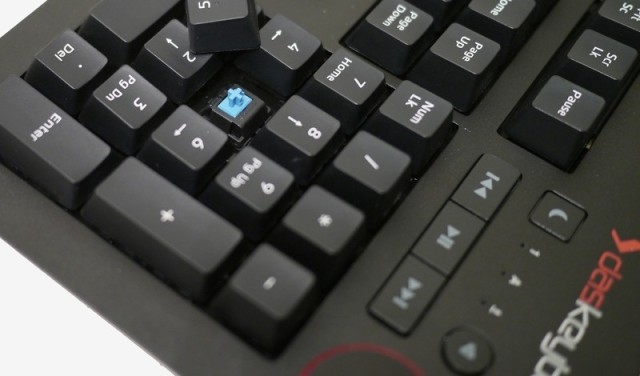 Metadot is arguably responsible for pioneering the commercial mechanical keyboard market, much like OCZ did with solid state drives. We’ve seen a number of revisions and competitors hit the scene since the original Das Keyboard launched in 2005, but their latest offering promises to be an order of magnitude better than previous generations.

The Das Keyboard 4 was announced in March 2014 and despite a number of new features, the board stays true to its roots in terms of aesthetics and its 104-key layout. Those familiar with previous Das offerings will immediately zero in on the new oversized volume knob and dedicated media controls on the top right side just above the number pad.

Read: Das Keyboard 4 Professional Review
This article is brought to you in partnership with TechSpot