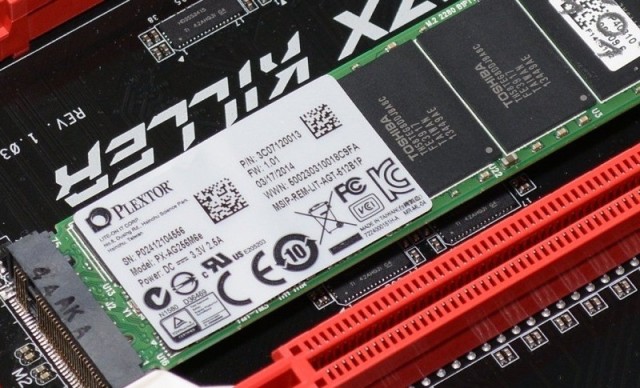 More than a decade has passed since Parallel ATA was made redundant by SATA. Originally designed to provide a maximum throughput of 16MB/s, PATA was eventually upgraded to 133MB/s, which was plenty for a while. But as 2003 desktops were pumping 3GB/s of bandwidth between their system memory and processor, while graphics cards were exceeding 30GB/s, it became clear that hard drives were the weakest link of modern computers.

Unable to max the original SATA interface, conventional hard drives had little hope of tapping SATA 2.0's 300MB/s, much less SATA 3.0's 600MB/s, yet those speeds have already grown inadequate for the quickest flash drives. This brings us to SATA 3.2 and its ample 16Gb/s bandwidth, which is offered via SATA Express and SATA M.2 on Intel's new 9-series chipsets.

Read: Plextor M6 SSD Series - SATA, mSATA and M.2 Drives Tested
This article is brought to you in partnership with TechSpot