Microsoft’s Surface PixelSense has never quite shaken off its reputation as a ‘big ass table’, but its continued niche status means that it has never really been harmed by those perceptions. The device has been put to work in all sorts of locations, from hotel lobbies and premier lounges to tourist zones and even health centres but, as you can probably imagine, it has never been targeted at the home and consumer markets.

Perhaps a new product, from a partnership between 3M and Ideum, could pique the interests of home users with deep pockets. 3M and Ideum already offer multitouch coffee tables with Windows 8 on board and, soon, the joint venture will produce new variants running Android. 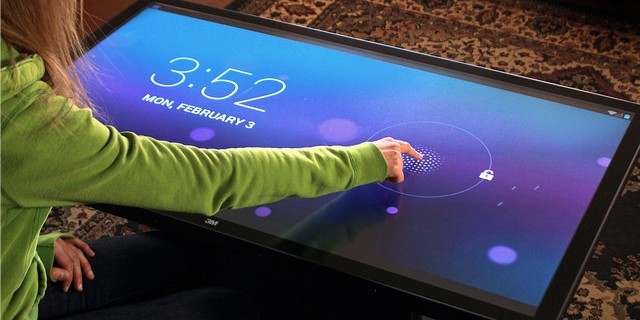 Two versions are currently offered: the Platform 32 and the larger Platform 46. Both include a quad-core Intel Core i7 CPU clocked at 3.7GHz, along with a Blu-Ray combo drive and 1080p display. The 32-inch model offers 40 simultaneous touchpoints on its screen, while the 46-inch version offers 60. The larger model also includes a 500GB hard drive and 16GB of DDR3 RAM; the 32-incher makes do with half the storage space and half the RAM.

3M and Ideum plan to release an Android version of the Platform 46 “later in 2014”, although if you’re expecting the latest version of the OS (4.4 KitKat), you’ll be disappointed – the Platform 46 will launch with Android 4.1 Jelly Bean when it goes on sale later this year. It appears that no changes have been made to the OS either, with no obvious customizations or enhancements to take advantage of the larger form factor or 40/60-point multitouch support.

Still, at least the table will be water-resistant, so you won't have to murder any clumsy visitors who spill their drinks all over it. 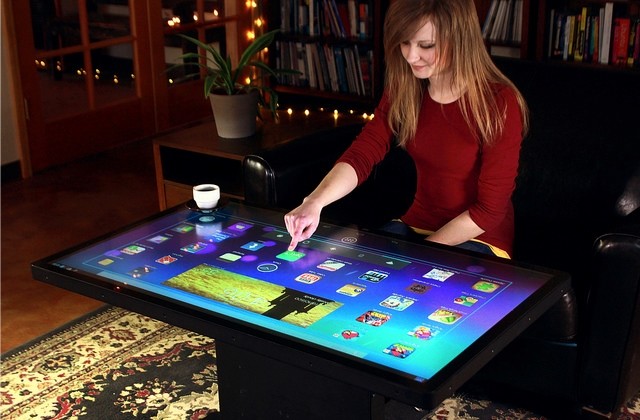 The companies state that the full range of “Android apps available for tablets and smartphones” will be available for the device, adding that “from games and social media to organization and lifestyle apps, this coffee table provides entertainment for everyone.”

The price of all this fun? Well, while the company hasn’t revealed pricing for the device, the Platform 32 with Windows 8 starts at $6,950 USD (around £4,170 GBP / €5,050 EUR), so you can expect the larger Platform 46 to cost a good deal more, even with Android. Dual-boot OS options will be available later.

Check out the video below for more:

If you're not happy with either the Android or Windows 8 versions, you can get a downgrade, on request, to Windows 7, so you can enjoy the old-school Start menu on your giant interactive coffee table, with not a Live Tile or Angry Bird to be seen.