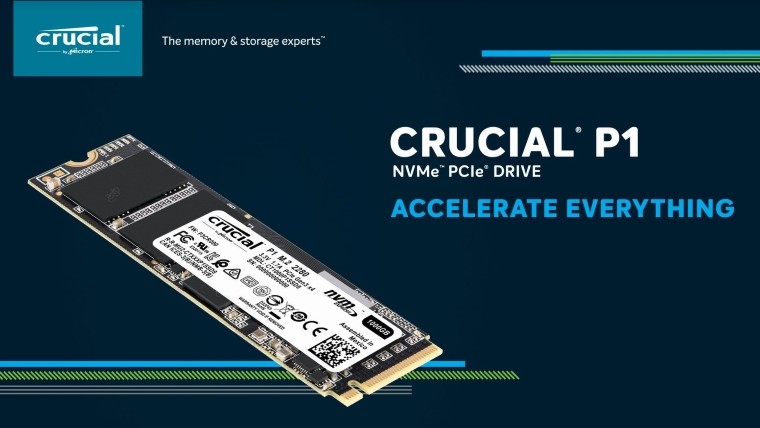 The drive also comes with a limited five year warranty and according to a representative of Crucial, the P1 is rated at "200TB TBW (Equal to 109GB per day for 5 years)" which should get you through most tasks, like quicker than HDD or SSD heavy video editing.

As a storage drive, this is a great deal. However if you are looking for a bit more speed, perhaps as a boot drive for Windows, the WD Black SN750 500GB NVMe SSD is still 17% off at Amazon for $107.99 (list price $129.99). So again, as you can make out, the Crucial drive for double the storage at the same price is a pretty good deal in itself if you aren't bothered about blazing speeds.