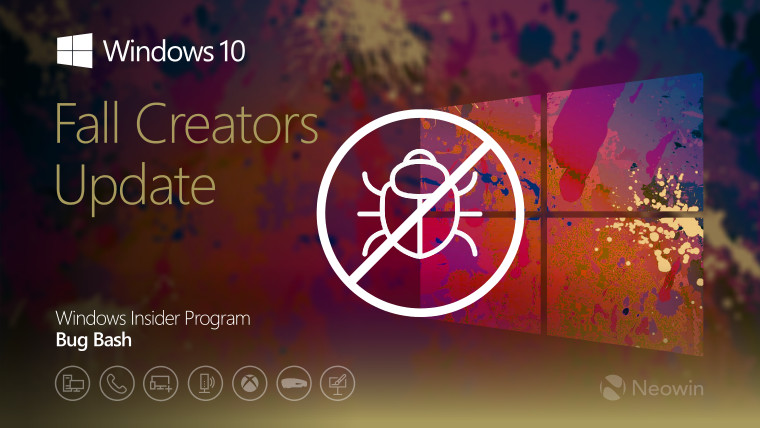 Today, Microsoft released a new Windows 10 for PCs build to the Fast ring, but in doing so, the firm also announced the next Bug Bash, where Insiders will have the opportunity to complete Quests, submit feedback and tune into Mixer webcasts.

This will be the second and final Bug Bash for the Fall Creators Update, and it will kick off at 3:00am Eastern Time on Friday, July 14, and will last until 2:59am on Sunday, July 23. It wasn't confirmed which build the event will be focused on, but since it kicks off in a week, it seems likely that there will be a new build between now and then.

Bug Bashes take place in the Feedback Hub, which many Insiders are already familiar with. You'll need to be on the Fast ring to see the available Quests, and after completing them, you'll be able to report any bugs that you've discovered. The Insider team will also be doing some webcasts on Mixer during that week.

Microsoft says that it will have more details on the Bug Bash next week.