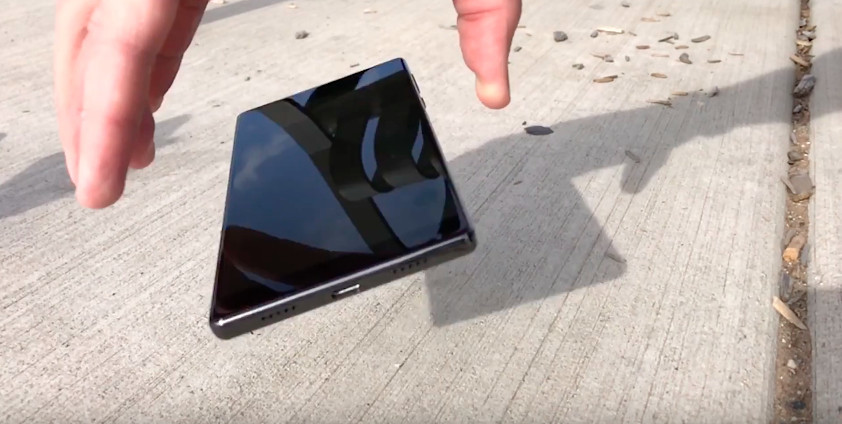 Xiaomi's Mi MIX has received a lot of press since it was first announced late last month and for good reason. The handset isn't like your traditional smartphone and instead makes the most of its real estate by offering a unique bezel-less display. While the display is undoubtedly impressive, there is still the question of how well it can hold up against physical abuse, more specifically drop damage.

A couple days ago, the Mi MIX had its durability tested - passing the burn, scratch, and bend tests with flying colors. Although it handled the aforementioned abuse fairly well, there were still concerns with regards to the handset's ability to survive drops, due to the nature of its design.

As the Mi MIX enters the gauntlet once again, as expected, the handset does not offer great protection against drops. Although it handles some of the lighter drops, it falters once it lands on one of its corners. While this may seem obvious, under inspection, it appears that internally the Mi MIX does not even offer a thin rubber gasket around the screen, making it almost impossible to survive a corner drop. Naturally, if you are going to own this device, it might be a good idea to use it with a protective case.