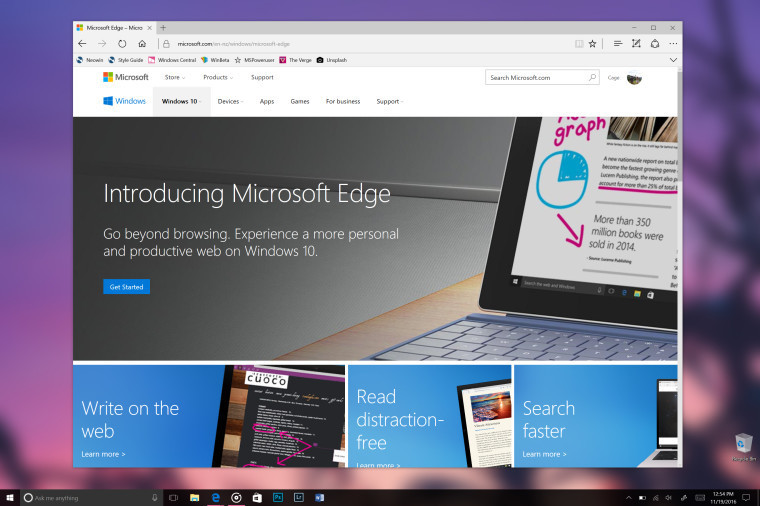 Remember those intrusive notifications reported back in August that alerted you Google Chrome is draining your battery faster than Edge? Well, they're back. This time Microsoft is using Edge to grab attention from users who choose alternative browsers, promoting Edge as the 'safer' option.

In the past, Windows Tips has been used by Microsoft as a means to promote or educate users throughout the operating system. This feature has led to criticism that the company is skillfully attempting to promote features akin to advertisements, an example is the notification banner in the File Explorer that appeared in build 14901. Microsoft claims Windows Tips is a way for the company to inform users of new features that are available in the operating system, but to consumers, it may feel quite intrusive and disruptive. 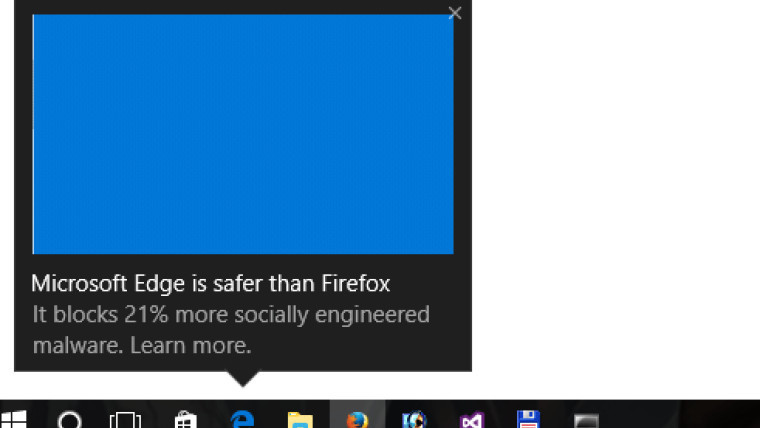 According to VentureBeat, Microsoft has started to introduce a new 'tip' this month that will alert users of Chrome and Firefox that Microsoft Edge is the safer option. The pop-up notification appears just above the Edge taskbar icon. The notification also states the browser blocks "21% more socially engineered malware".

Thankfully, Microsoft allows users to switch off this feature buried in the settings. To turn off informative notifications head over to Settings > System > Notifications > Disable "Get tips, tricks and suggestions as you use Windows".