The likes of Microsoft's Cortana and Apple's Siri now allow users to interact with their devices - to a limited extent - simply by speaking to them. But for many users, the gold standard of natural language interfaces is the fictional Library Computer Access and Retrieval System (LCARS) that appeared in many of the Star Trek TV series and movies.

Along with an interface of touch-sensitive surfaces, LCARS also allowed users on Starfleet vessels and facilities to interact conversationally with the computer. Of course, the system itself wasn't real - although it clearly inspired the development of real-world products like the digital assistants that we now use today. The voice behind the computer was that of the late Majel Barrett, wife of Star Trek creator Gene Roddenberry. 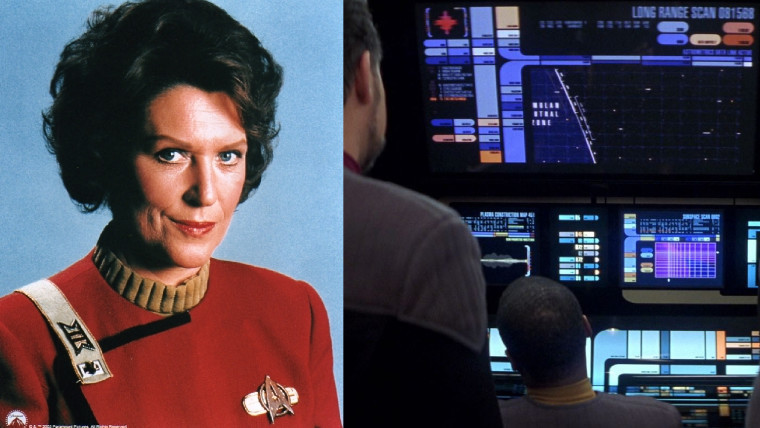 Barrett's last 'performance' as the voice of LCARS came in JJ Abrams' 2009 Star Trek reboot, which she recorded shortly before her death in 2008. And yet, she may make a posthumous return in the new TV series, Star Trek: Discovery.

Majel's voice is recorded phonetically, &we're working to get her voice for things such as Siri, maybe voice of the computer on #STDiscovery

The official @roddenberry Twitter account pointed out in a tweet yesterday that her voice has been preserved in phonetic recordings, which would make it possible to create a digital version that could be used not just in the new TV show, but also "for things such as Siri".

Many fans would no doubt delight at the prospect of being able to interact with their phones, tablets and PCs, and hearing the response of Starfleet's legendary computer speaking back to them. And as @roddenberry also noted, when JJ Abrams approached Barrett to be the voice of the starship Enterprise in the 2009 movie, it "brought her so much joy". Given that she and Gene Roddenberry, who died in 1991, dedicated so much of their lives to the Star Trek universe, one could certainly imagine that she'd approve of her voice being shared with fans around the world in such a way.

There are no further details about the plans to create a fully digitized version of Barrett's voice at this stage, but with Star Trek: Discovery set to premiere on CBS All Access in the US, and Netflix in other markets, in January 2017, fans may not have to wait too long to hear her voice come to life once more.