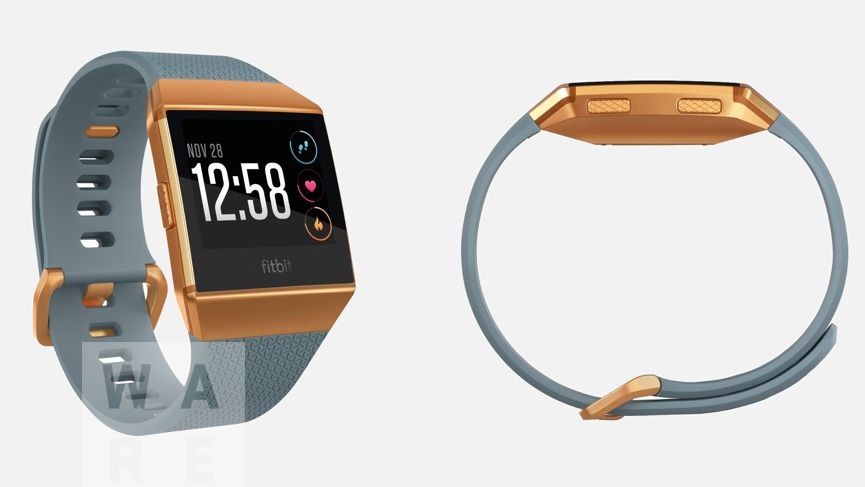 Last month, Fitbit CEO James Park revealed a few details about the company's upcoming smartwatch. A week ago, the firm shared more information, confirming that the device will offer "multi-day battery life", cross-platform compatibility, and water-resistance up to a depth of 50 meters.

While the device itself is no secret, its design hasn't yet been officially revealed. Today, though, Wareable published images which it says show the "finalised version" of the new smartwatch, which will launch later this year.

The new device looks surprisingly similar to the Fitbit Blaze, a $200 smartwatch released in 2016 that focused primarily on health and fitness features. According to the report, three color configurations will be offered for the new watch: rose gold, with blue strap (shown above); silver, with navy blue strap (below); and a third model with a darker case and a black strap.

Fitbit will also be releasing a software development kit (SDK) for its own app platform. Park said that the device will launch with an 'app gallery' showcasing software from select partners, but it's unclear how many apps will be available from day one.