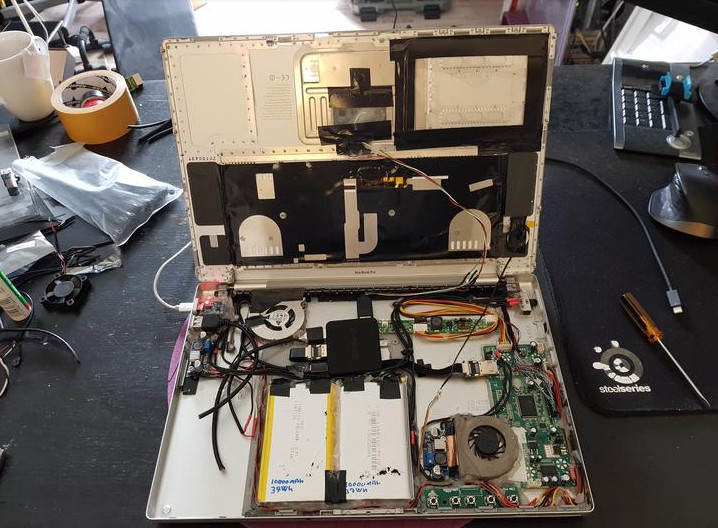 Samsung introduced the DeX Station back in March, alongside the Galaxy S8 and Galaxy S8+. The idea was to bring a desktop experience to users, having it being powered by their Samsung smartphone. Although we haven't heard much about the product since its release, one user has now constructed a DeX laptop, using quite a bit of knowledge and a lot of hard work.

As you can see from the image above, this isn't a quick plug and play scenario and instead requires quite a bit of work to get it working. Kreal, a forum user on XDA Developers, posted his project, showing off the process. By mish-mashing a bunch of parts, like an LCD controller board, new batteries, and miscellaneous cables - a laptop dock was born that could accept the input from a supported Samsung smartphone.

While integrating a DeX Station into a MacBook Pro is quite a neat idea, the process is definitely not for the faint of heart. Although it is uncertain how well Samsung will support its docking station in the future, it would be interesting to see the firm release a second-generation dock in 2018, that could arrive as a laptop station.