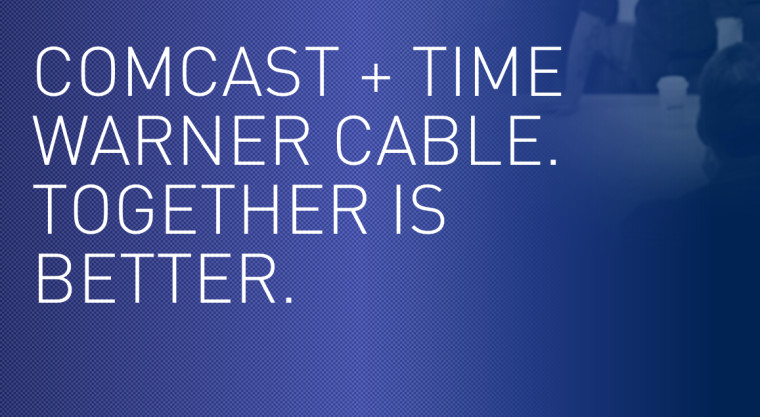 Is together better? The FCC and Justice Department disagree

Bloomberg reported today that Comcast, the largest internet service provider in the United States, will reportedly withdraw its plans to take over Time Warner Cable, the second largest provider. The deal, valued at $45 billion (with a B), has faced immense criticism from regulatory bodies and the public since being announced just over a year ago.

News broke just after Comcast's and Time Warner's hearings with the Federal Communications Commission and Justice Department Wednesday. The hearing raised concerns that the deal could have a negative impact on consumers as well as competition in the internet provider space. The FCC reportedly went as far as to recommend a hearing with an administrative law judge, indicating that they will try to block the merger.

According to people familiar on matter, we could hear an announcement from Comcast as early as Friday, but as of this point, representatives from both companies are declining to comment. We will update you when we find out more, but for now it looks like two of America's most hated companies may not be merging after all.

Update: In a press statement this morning Comcast officially announced they will be walking away from the Time Warner Cable deal. Comcast chairman made the following statement regarding the cancelation of the deal:

"Today, we move on. Of course, we would have liked to bring our great products to new cities, but we structured this deal so that if the government didn’t agree, we could walk away.

Comcast NBCUniversal is a unique company with strong momentum. Throughout this entire process, our employees have kept their eye on the ball and we have had fantastic operating results. I want to thank them and the employees of Time Warner Cable for their tireless efforts.

I couldn’t be more proud of this company and I am truly excited for what’s next."