Toshiba unveiled a new line of TVs today that they are betting will be the premier choice for 2010. Their top of the line TV series dubbed the "Cell TV" is built on top of the Cell processor. The top tier model will include many features that will help to separate Toshiba from the pack.

The new cell TV is going to boast the ability to take any 2D content and turn it into 3D content on the fly. Toshiba claims that this will "deliver the ultimate 3D experience in 2010. The feature list for the "Cell TV" series includes:

The "Cell TV" series boasts a lot of great technologies including the built in hard drive. The idea is that the TV will be able to record what ever content you want and because of its DLNA and 802.11n technologies built in, you will be able to share this content to any device. In essence, the "Cell TV" can act as a media hub for your household with the ability to share or access the information from nearly anywhere.

Toshiba also noted that these technologies will migrate to their other TV product lines but no other information was given; Pricing and availability were not announced. 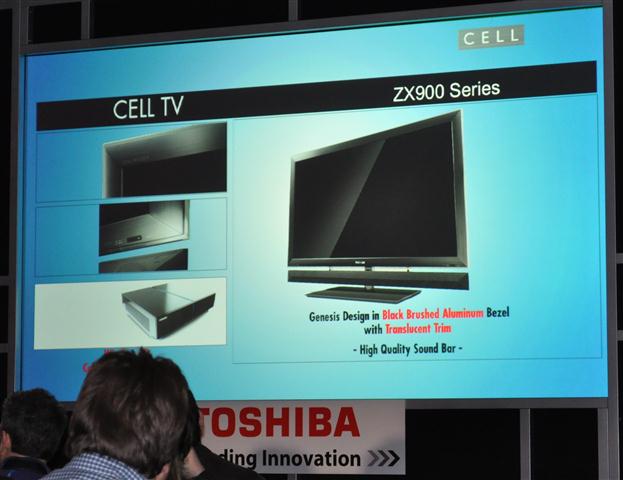 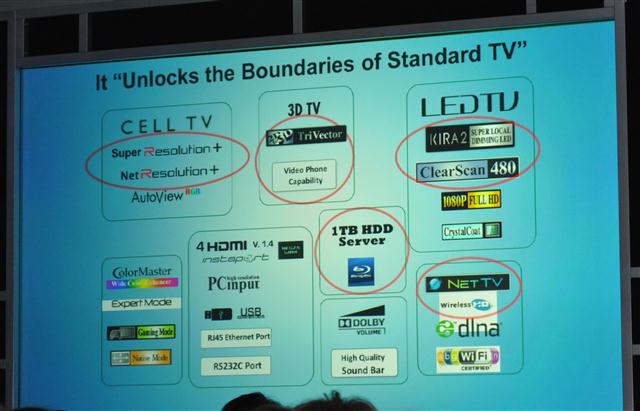 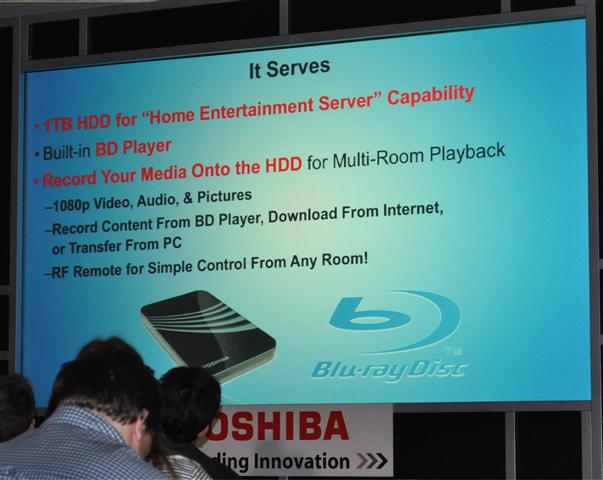