Tumblr for Windows Phone has just been released on Windows Phone 8. The app includes a Metro-esque interface, Live Tile integration and all the features that can be found on the iOS and Android iterations.

Tumblr has also noted the release in a blog post:

Tumblr for Windows Phone has arrived!

Exclusivity is the order of the day with Tumblr's new app, as no other iteration offers functionality on the home screen.

The release marks another step in Microsoft's quest to bring the most popular apps to its store. Still to come is wildly popular photo-sharing application Instagram, which Nokia may have confirmed just days ago. Whilst the Windows Phone platform has seen success with those wanting an interface that offers a fresh perspective to mobile computing, new consumers have complained that many essential applications that exist on iOS/Android are still absent from Windows Phone. 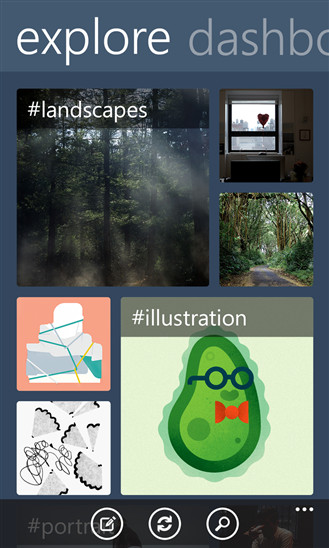 As of April 13 this year, Tumblr had 102.6 million blogs. With a user base this large, the app's release is likely to please many customers.

Tumblr is available for download via the Windows Phone Store.