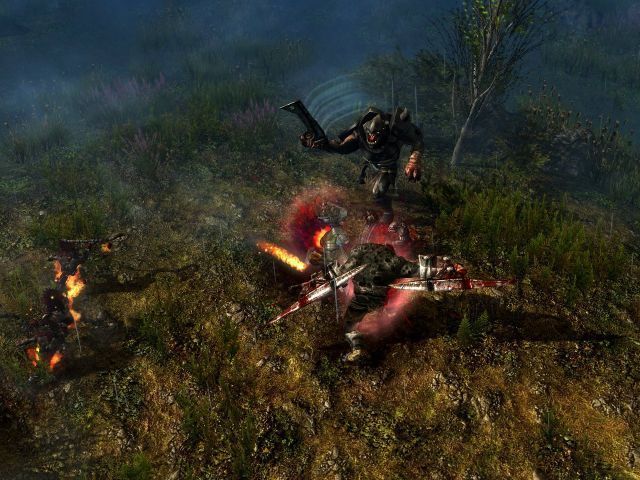 The Kickstarter website now has completed two more major fund raising campaigns for upcoming games. One of them is Grim Dawn, the fantasy action-RPG from developer Crate Entertainment. The campaign is now over with a final total of $537.515, well ahead of its goal of $280,000. Crate Entertainment has already said that the money will be used to finish the game, which has been in development for the past two years.

Crate Entertainment will also offer all Kickstarter backers, along with any previous Grim Dawn pre-orders, a new survival gameplay mode after the final game is released. Crate Entertainment states, "In survival mode, you'll fight against waves of increasingly difficult enemies to test your mettle and see how how many waves you can survive.  Should be a ton of fun in co-op!"

The other Kickstarter project that has completed its fund raising is Moebius, the new adventure game from the mind of Jane Jensen, the creator of the classic Gabriel Knight series. The fund raising campaign ended up with a total of $435,316, well ahead of the planned $300,000 goal.

Jensen's new development studio, Pinkerton Road, has already announced it is developing a second adventure game but details about that title have yet to be revealed. It will be funded via the regular route by using a game publisher. However, people who contributed $50 or more to the Moebius Kickstarter game project will be able to get both games.