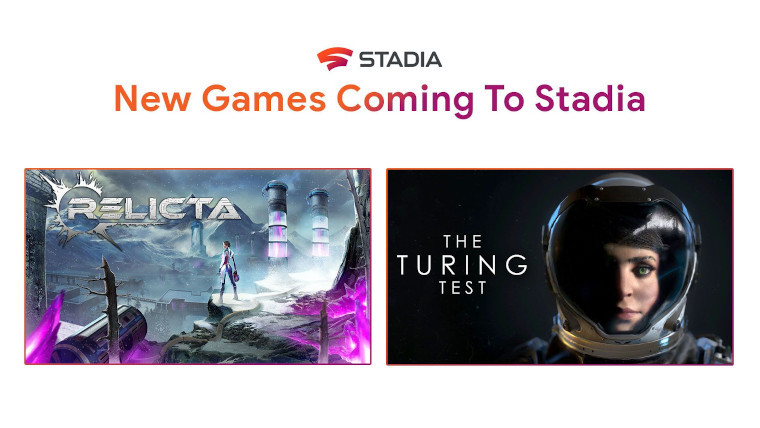 Google has announced that Relicta and The Turing Test will be arriving on its Stadia gaming platform soon. If you’re a fan of Portal series and like logic-based sci-fi games, these may appeal to you. As always, once you purchase a game on Stadia you can play right away without waiting for the title to download.

Google has been announcing a steady stream of titles for its platform to help keep interest alive. In February, for example, it announced that the SteamWorld series was launched on the platform with two of the titles being available for free to Stadia Pro subscribers. According to a recent report, Stadia still lacks titles because Google hasn’t been offering developers many incentives.

Relicta is a first-person physics-based puzzle game where you need to combine magnetism and gravity in order to unravel the secrets of Chandra Base. Alone in the treacherous depths of the Moon, your scientific mind is the only thing that can keep your daughter alive…

Play as a physicist stranded on a derelict Moon base and bend gravity and magnetism to your will. Will you rush straight ahead or will you take your time to unravel the intrigues of 22nd century orbital politics? Buried in the eternal darkness lies a secret that might claim your daughter’s life - or change the fate of humanity. Are you ready to face the consequences of your research?

The Turing Test is a challenging first-person puzzle game set on Jupiter’s moon, Europa. You are Ava Turing, an engineer for the International Space Agency (ISA) sent to discover the cause behind the disappearance of the ground crew stationed there.

Upon arrival a series of puzzles awaits you – tests which, according to the station’s AI, Tom, can only be solved by a human. These puzzles have apparently been set by the missing ground crew – but why have they created them and what are they hiding from?

In an evolving story based on mankind’s instinctual need to explore, protect and survive, you’ll delve deeper into Europa’s ice crusted-core and discover that the lines between man and machine begin to blur. Armed with the Energy Manipulation Tool (EMT), solve puzzles to open the way forward as you learn the true cost of human morality.

Google has not yet stated an exact launch date or price for the games but expect them to be around their recommended retail price. Google often discounts games for Stadia Pro subscribers so if you’re not in a rush for these titles perhaps wait until they’re on sale.