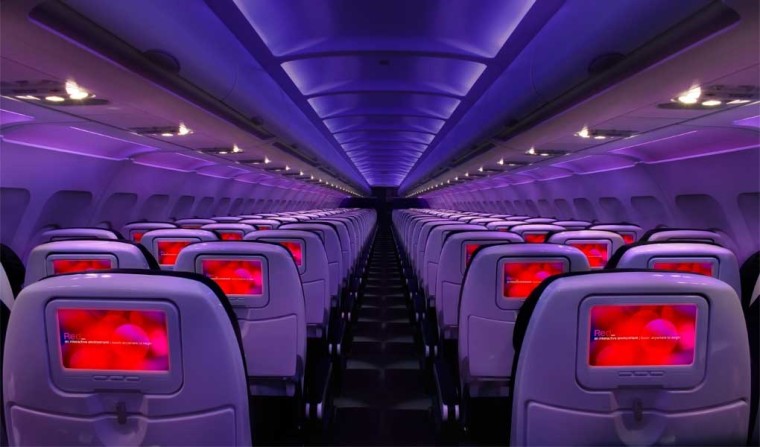 On the same day Virgin Media announces a 200Mbps internet service, Virgin America is also announcing a major media deal with Netflix that will give complimentary access to Netflix's streaming service during longer distance flights on select airplanes.

The deal is made possible by a partnership with ViaSat that Virgin America made earlier this year, which allows for a significantly-stronger WiFi connection to be held while at cruising altitudes. ViaSat's WiFi technology is said to speed up Virgin America WiFi connectivity by up to 8x. Those that choose to fly with Virgin America will be able to take advantage of the new perk if the plane is a new Airbus A320 - ten of which will be in service between fall 2015 and the middle of 2016.

"As WiFi becomes more ubiquitous, it's going to be increasingly possible for members to enjoy Netflix wherever they want... We're delighted to partner with Virgin America to extend the joy of Netflix to our members at 35,000 feet."

The availability of Netflix through in-flight WiFi will be complimentary, at least to start. Netflix notes that there is no cost to use the service through March 2, 2016. After that date, it's not clear what it might cost to access WiFi during V.A. flights. Assuming it won't be an outrageous price, you'll be able to break down the monotony typically experienced in long flights with entire season of House of Cards and Orange is the New Black.