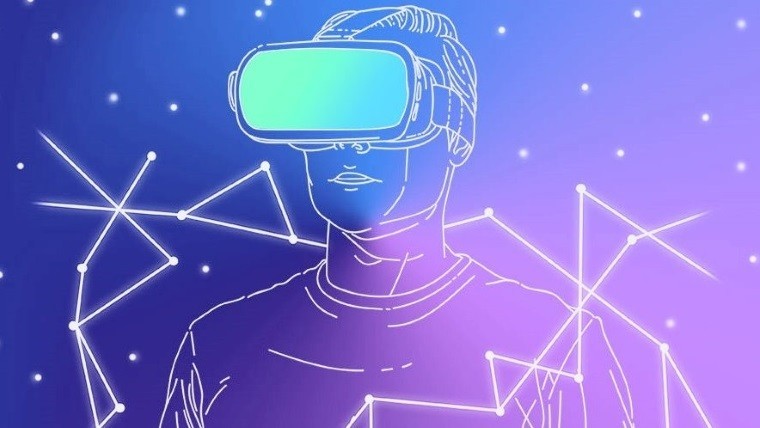 Virtual reality had a fairly rough start, with Oculus, HTC, and Sony all vying for a piece of the burgeoning market. It would, however, seem that the new segment has finally gone somewhat mainstream, with shipments of head-mounted displays (HMD) exceeding one million units for a single quarter.

According to the report by Canalys, a leading market research and analytics firm, the demand for these HMDs continued to grow by a significant margin. Sony, with its PlayStation VR headset, grabbed the largest chunk with over 490,000 units being shipped during the third quarter of 2017. The company grabbed a not-so-insignificant 49% share of the market, making it the most successful among the top three. The HMD from the Japanese electronics giant works exclusively on the PlayStation 4 console and retails for $399 in the US. 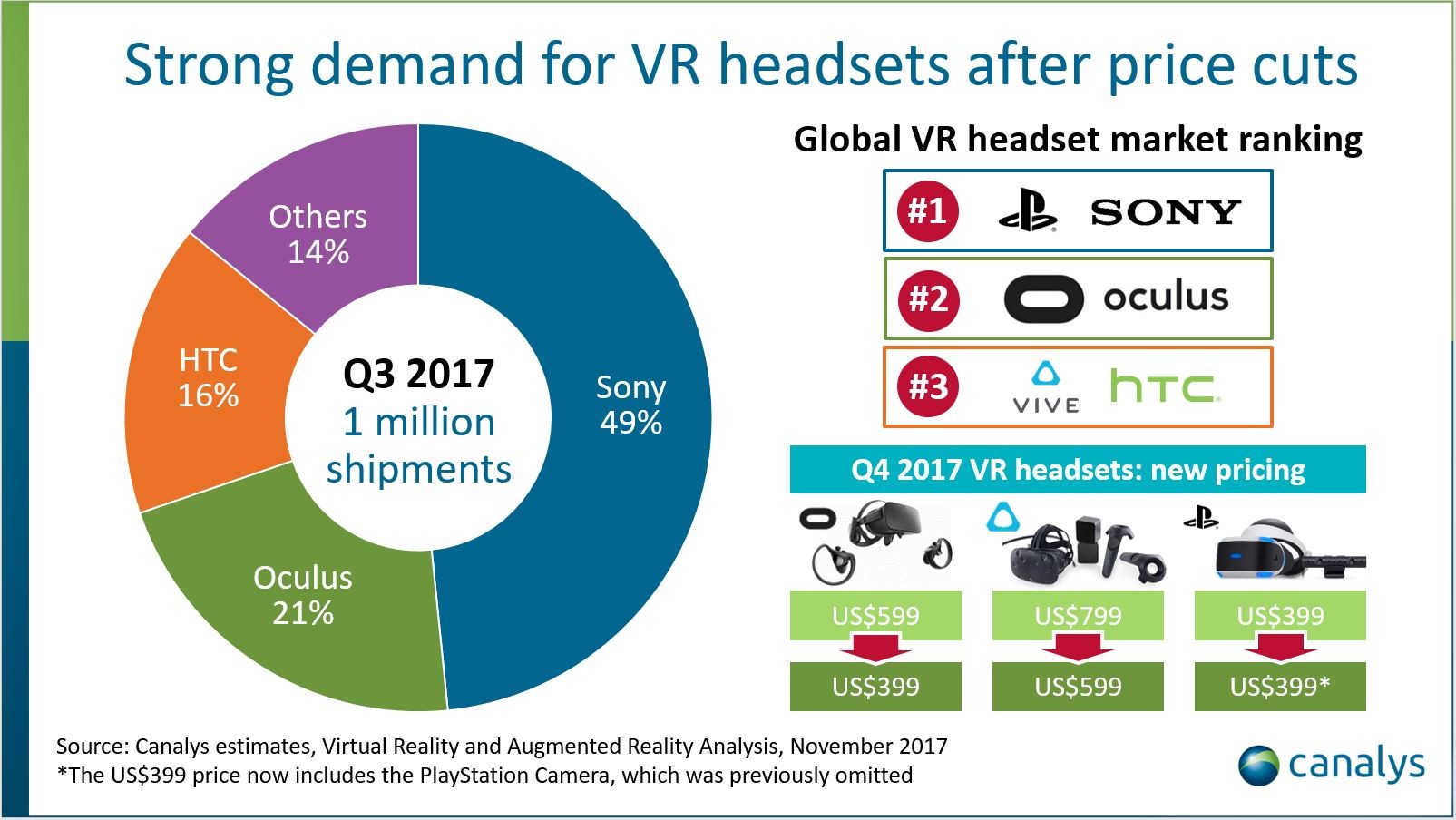 In distant second place was Oculus, with its Rift headset shipping 210,000 units. The company recently cut the price of its offering to $399 in the US matching the price of its largest competitor, which is the PlayStation VR. In third place was the HTC Vive moving around 160,000 units during the same quarter.

“VR adoption in the consumer segment is highly dependent on price, and Oculus’ strategy of lowering prices has definitely helped drive adoption. Hugo Barra is betting on his next product, the US$199 Oculus Go standalone headset, to reach more users next year. The Go will excite first-time users, but driving adoption beyond social media will be a challenge.”

As mentioned by Thielke, Oculus recently announced that it will enter the market with a new standalone headset, and is dubbed the Oculus Go. HTC hasn't taken this lying down, with the company announcing a similar device called the Vive Focus recently. Microsoft, on the other hand, has partnered with several hardware OEMs, offering consumers several headsets for the Windows Mixed Reality platform. Canalys commented on these new headsets from the Redmond giant and its partners, noting that they will only add more value to the market, expanding its reach into several segments including healthcare.

The Windows Mixed Reality HMD range, Oculus Rift, and HTC Vive are currently available from the Microsoft store starting at $299.