Humble is back with another Choice selection of games, this time for the month of September. Check below for the 12 games you can pick from this time around:

Choosing three of the aforementioned titles will set you back $14.99 as part of the Humble Choice Basic tier while picking nine games will cost $19.99. Also, those still with active Humble Monthly subscriptions can grab ten games for $12.99 instead.

This specific selection will be available on the Choice portal until October 5. Members also gain access to the Humble Trove of DRM-free games as well as a bonus 20% discount on items sold on the Humble Store.

With Choice out of the way, Humble this week also brought forth two gaming collections: the Team17 Greatest Hits and Telltale Games bundles.

Starting with the Telltale Bundle, you get The Walking Dead Season 1 and its 400 Days DLC in the $1 tier, which is joined by Walking Dead: Season Two, Michonne, and Batman in the average price tier that is around $11 currently. On the last tier is where you get the big shots The Wolf Among Us, Batman: The Enemy Within, as well as The Walking Dead: A New Frontier and Final Season for $12.

On the other end is the Team17 Greatest Hits bundle. The $1 first tier gets you Overruled! and Mugsters. The tier above it is already $15, and it comes with Overcooked, Yooka-Laylee, Worms Rumble, and Yoku's Island Express, along with five DLC packs. Jumping ahead, the average price tier, which is currently at around $16, adds on Flockers, Sheltered, The Escapists, Aven Colony, Alien Breed: Trilogy, and Ageless.

Lastly, bringing in Overcooked 2, The Escapists 2, and My Time at Portia as well as another six pack of DLCs is the final tier, which will set you back $20 for the complete package. Both of these new bundles have around two weeks left on their counters. 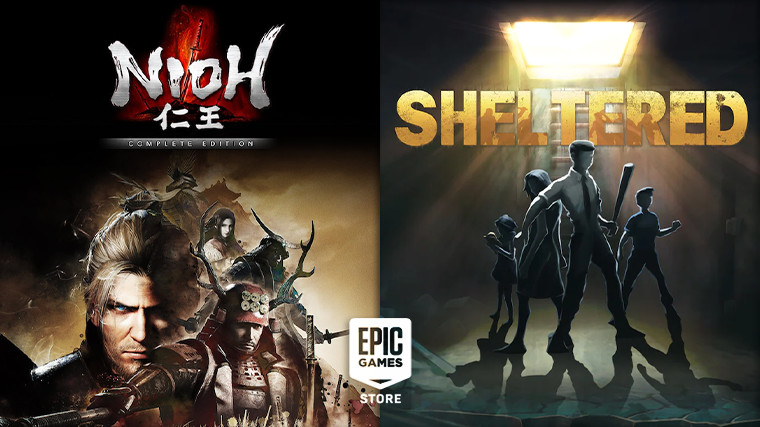 Epic Games had a surprise reveal during its weekly freebie drop this time, with the scheduled arrival of Sheltered being joined by Nioh: Complete Edition out of the blue.

Nioh comes in as a Souls-like RPG that puts you in a fictional version of Japan in the year 1600, where you will be fighting past Samurais, supernatural enemies, and all sorts of monsters present in the land. Since this is the Complete Edition, you also get the Dragon of the North, Defiant Honor, and Bloodshed's End expansions. Meanwhile, Sheltered is an indie survival management game where you are tasked with taking care of your four family members in an apocalypse situation.

The two freebies are yours to claim until September 16, and to replace them on that date, Speed Brawl and Tharsis will be landing as the next freebies. 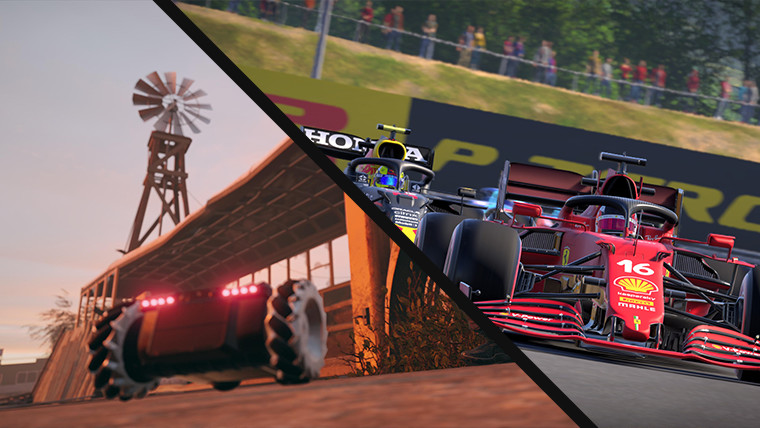 Ubisoft is continuing its free event streak this weekend with a Tom Clancy's Rainbow Six Siege promotion. The popular multiplayer tactical shooter featuring agents with special abilities is yours to try out until September 13.

Two sports games from EA are on offer too. If driving is your cup of tea, then F1 2021's free event may be up your alley. The Formula One racing experience's full base game is being offered here, which includes the Braking Point story mode. Meanwhile, the recently released Madden NFL 22 is also having a free weekend promotion offering the base game. Note that the PC version does not have any of the new bells and whistles present in the next-gen console edition.

The big deals this weekend is mostly populated by several publisher promotions that include wares of EA, Focus Home Interactive, and NExT Studios. Find highlights from those, and much more discounted games, below:

Simulation games are the flavor of the weekend on the DRM-free GOG store, find highlights below: