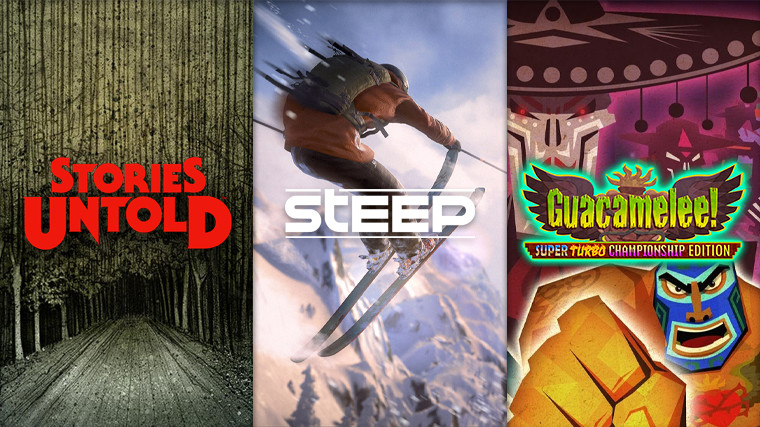 Game giveaways aren't uncommon nowadays, but three of them popping up at the same time is rather unheard of, and that's exactly what happened this week. Ubisoft, Epic Games, and Humble Store are all giving away a game each currently, with varying deadlines attached to them.

We start from the promotion that's ending the earliest, which is Guacamelee! Super Turbo Championship Edition on the Humble Store. This version of the well-received Metroidvania action platformer comes with additional levels and all DLC from the original PC release. The giveaway ends on May 19 at 10AM PT and the game arrives as a Steam key.

Then we have Ubisoft's Steep giveaway, letting you pick up a free copy of the extreme winter sports title for all your skiing, snowboarding, paragliding, and wingsuits needs. This promotion lasts until May 21 and you need a Uplay account to claim it.

And then we get to Epic Games Store's Stories Untold freebie, the newest game to come out of its giveaway convoy. The game puts you through four narrative heavy adventures all designed to spook you. Also, Epic will be upping its giveaway schedule for the next month by putting up a freebie every week as part of its Mega Sale. 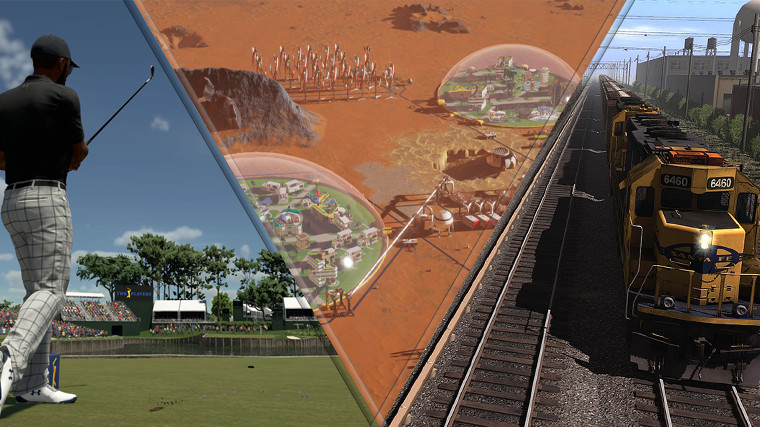 After you've grabbed those free games, maybe you will want to try out some of the titles currently having free weekend promotions on Steam.

From the Paradox camp arrives Surviving Mars, giving you the whole weekend to try your hand at colonizing the Red Planet. If you'd rather spend time golfing on Earth instead, The Golf Club 2019 is also having a free weekend to test your swinging skills. Tabletop Gods is having a free event as well, a new "real-time, arcade action war game" that is playable on both desktop and through VR.

Meanwhile, celebrating its fourth anniversary, the simulator Trainz: A New Era is free to play just for this weekend, which is joined by the arcade bike racing title Moto Racer 4, the competitive city-builder Zero Sum Future, as well as the destructible block-based shooter Blockstorm.

Even more major storewide sales kicked off during this week, and joining the Humble Store's ongoing spring sale are Fanatical's May Madness sale, Green Man Gaming's Birthday sale, and Epic Games Store's Mega Sale. As usual, Fanatical is running a coupon code where applying MAY10 when checking out will apply an additional 10% discount on your games.

Now, with all those DRM-filled games out of the way, let's have a look at DRM-free deals that are on offer this weekend.

Keep in mind that availability and pricing for the above deals may vary depending on your region.

And that is it for our pick of this weekend's PC game deals, folks. Hopefully, some of you had enough self-restraint to not break the bank adding new games to your ever-growing backlogs. Of course, there are plenty of other deals waiting all over the interwebs if you comb through it hard enough, so keep your eyes open for those and enjoy the weekend.