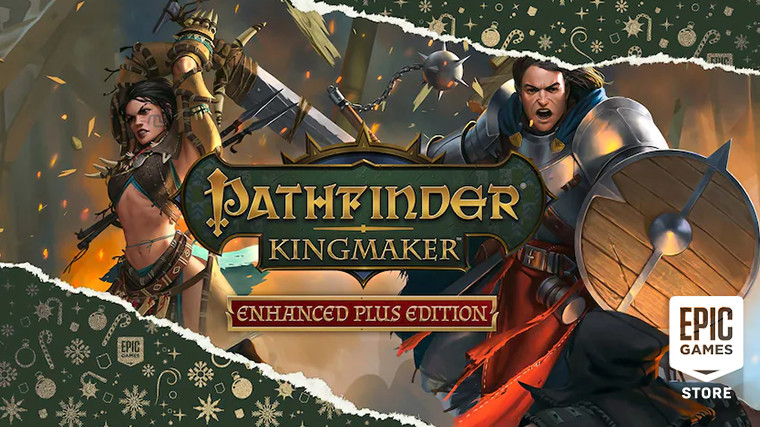 Daily freebies have not stopped coming in from the Epic Games Store since last week, and there's plenty left to go. At the time of publishing, the game available to claim for free is Pathfinder: Kingmaker - Enhanced Plus Edition.

Set in the the Pathfinder universe of fantasy tabletop role-playing games, Kingmaker is an isometric RPG with both turn-based and real-time-with-pause combat options. In addition to adventuring, players can also conquer the lands for their own kingdom. This being the Enhanced Plus Edition, it also includes new content and many quality-of-life changes based on player feedback.

The Pathfinder: Kingmaker - Enhanced Plus Edition giveaway will last until 11AM ET. However, if you're little late reading this, you'll find Arkane's fantastic immersive sim Prey as the freebie instead.

Humble had two bundles ready to go this weekend, delivering regular and build your own flavors of collections.

First up is Fishing Simulator Complete Your Collection, and the bundle's name describes the contents well. The base game is on offer in the $1 starting tier, followed by an increasing number of DLC packs in the second and third tiers adding new locations and species. You can grab the complete collection for $10, which includes the virtual reality add-on as well.

Now we move on to the rather attractive Warner Bros Build Your Own Bundle. It touts every Arkham Batman game, NetherRealm fighting titles like Mortal Kombat 11 and Injustice 2, a whole bunch of LEGO game selections, Middle-Earth Shadow of War, and much more in the available games section.

The more games you add to your cart, the higher the discount gets, up to a maximum of 90% off at 5 items.

The behemoth that is Steam joined in on the winter sale action this week, so as expected, we have quite a few new deals to go through. If you missed it, check out last week's big deals as well, as many of those are still ongoing, especially combined with Epic Games Store's $10 coupon offer.

There's still over a week of winter sales remaining, so pace yourself and check out our highlights list for this weekend below:

New arrivals to GOG's DRM-free winter sale means even more discounts to wade through. If you're quick, you can also grab a free copy of I Have No Mouth And I Must Scream from the store's front page. Find our highlights below: