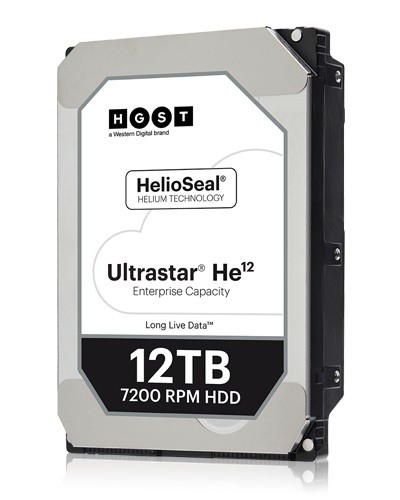 Western Digital has been keeping itself busy over the last few months, by launching its first ever solid state drives and a new SD card capable of storing 1TB of data. Now, the company is breaking another record, by launching the largest ever hard drive, the Ultrastar He12 with 14TB of storage.

The new HDD is already available for testing for some select Western Digital clients, whose needs require compact but large storage forms. The hard-drive itself, which is infused with helium for longer lifespans, is designed primarily for datacenters and other specialized scenarios. In other words, don’t expect this HDD to be part of your next gaming rig.

As mentioned the 14TB hard drive, alongside the smaller Ultrastar HGST He12 with 12TB, are currently in testing, though they’ll become available for purchase next year. There’s no info on pricing just yet, but you can bet these devices won’t be cheap.

Meanwhile, we’ll be saving up for that experimental SSD from Seagate, which can offer up to 60TB of storage.