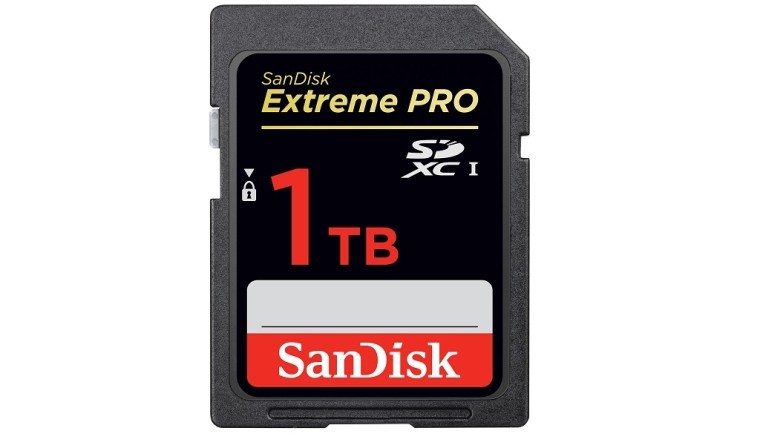 If all your selfies are filling up the storage on your devices, Western Digital has unveiled a solution that might help: a 1TB SD card. The company unveiled the massive storage unit at Photokina, under the SanDisk brand.

Western Digital, the huge hard disk maker, bought SanDisk for $19 billion last year, and now the company is highlighting some of the first fruits of this new arrangement. Aimed at professional photographer, videographers and other users who work with large amounts of data, the company unveiled 1TB SanDisk SDXC.

The prototype device doubles the memory of the currently available 512GB SanDisk Extreme PRO memory card from two years ago, and brings more convenience for customers. Dinesh Bahal, VP at Western Digital explained the evolution of their products:

Sixteen years ago we introduced the first SanDisk 64MB SD™ card and today we are enabling capacities of 1TB. Over the years our goal has remained the same; continue to innovate and set the pace for the imaging industry. The SanDisk 1TB SD card prototype represents another significant achievement as growth of high-resolution content and capacity-intensive applications such as virtual reality, video surveillance and 360 video, are progressing at astounding rates.

Unfortunately, as mentioned above the new card is currently only a prototype so it won’t be available in the market for a while. Even when it becomes available, expect a high price tag. SanDisk’s 512GB model currently retails around the $300 mark, though it launched for $800 so the 1TB model is bound to be even more expensive.