WhatsApp is working on a new feature that will allow users to block specific contacts from seeing the "last seen" status.

First spotted by WABetaInfo, the long overdue feature will give users a bit more control over their privacy. Currently, WhatsApp allow users to show their last seen to everyone, contacts, or nobody but the new setting will let users choose specific contacts that will not be able to see the last seen status of the user. Do remember that if you hide your last seen status from a specific contact, you will not be able to see their last seen as well. Furthermore, WABetaInfo noted that the option will be added to profile picture and "about", allowing users to hide those from specific contacts as well. The site has also shared a screenshot from WhatsApp for iOS showing the feature in action. 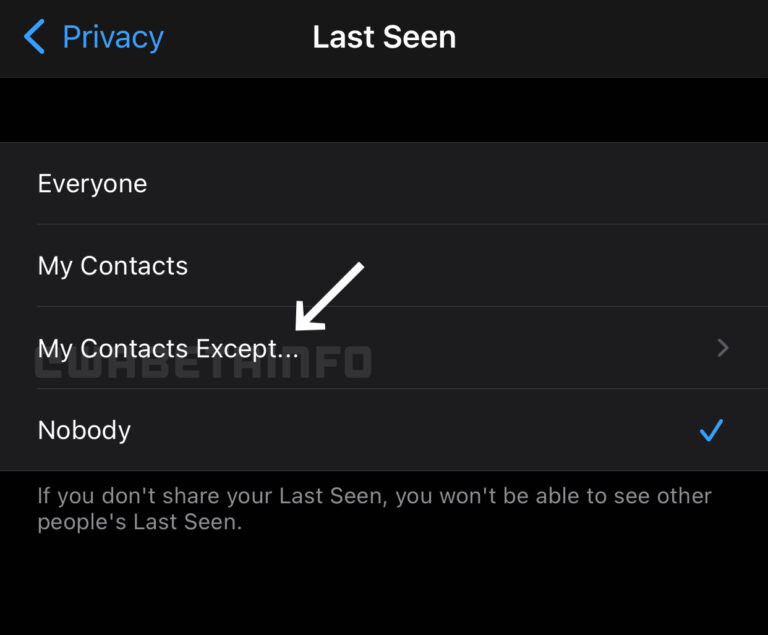 While the screenshot shows the iOS version of WhatsApp, WABetaInfo notes that the feature will be available for WhatsApp for Android as well. As for the timeline, the publication notes that it is currently under development and should roll out to WhatsApp Beta testers in a future update. There is no word on when it will start rolling out to the general public.