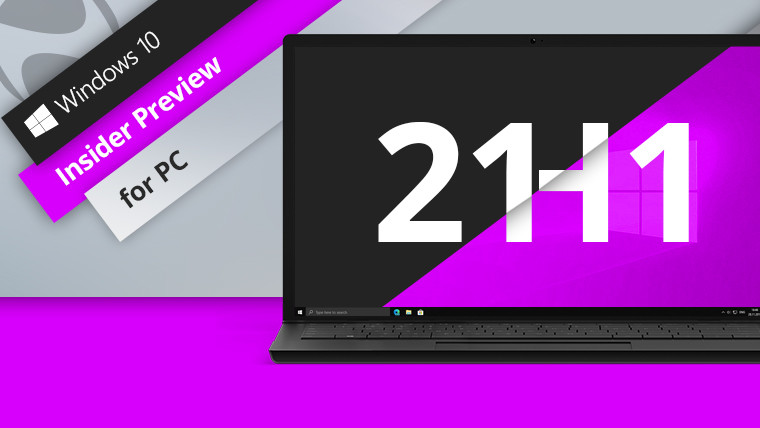 After radio silence about the existence of a Windows 10 21H1 update for a long time, Microsoft finally acknowledged the impending release of the next update and began rolling it out to users in the Beta channel a couple of weeks ago. However, the update was rolled in a way that users could opt to download the cumulative update for 20H2 or choose to jump up to 21H1, which meant just a single build number change from 19042.844 to 19043.844.

Today, the company updated its original blog post to note that 21H1 is now being offered as a “recommended update”, meaning that those who are still on 20H2 or build 19042, will now automatically be served 21H1, instead of an optional feature update banner. Indeed, the change does not mean anything other than the build number, since the release is nothing but an enablement package, lighting up a few new features in the OS that are hidden in the previous version, such as support for multiple cameras for Windows Hello, Defender Application Guard performance improvements, and more.

With 21H1 being another enablement package for 20H2 – which itself was an enablement package for the May 2020 Update –, the three latest versions of Windows 10 will be serviced by the same cumulative updates. Additionally, it will be the first time that all versions of Windows 10 will be served the same cumulative updates when version 1909 reaches the end-of-support this May.

While there is no word on when exactly this version will be released to all users, the update coming in the second half of this year (21H2), codenamed Sun Valley, is expected to bring a major overhaul to the OS. In a fireside chat as part of the ongoing Ignite conference, Panos Panay referred to a “next generation of Windows” coming later this year, possibly hinting at both Windows 10X and Sun Valley. Windows 10X is expected to be made official some time this spring, which could also be why 21H1 ended up being a minor update.