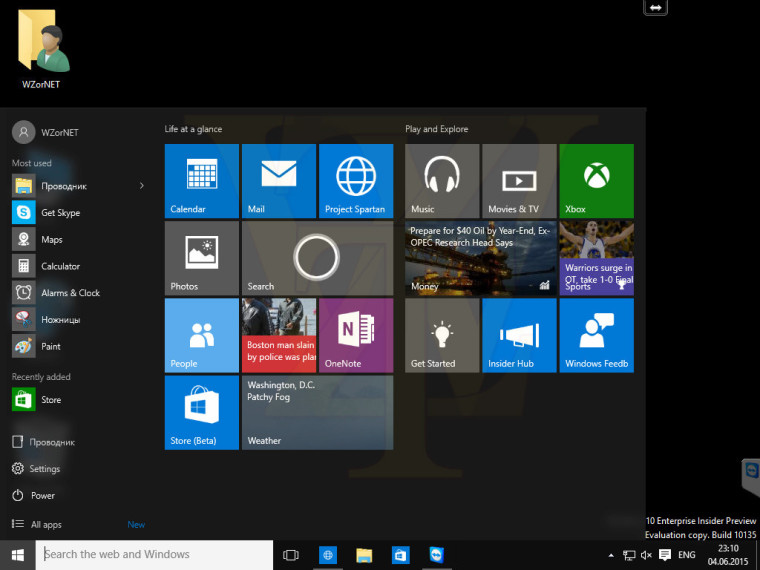 On Friday, information and screenshots of build 10135 leaked online courtesy of Wzor, which included release notes - but very little has changed in 10135 from the official Insider build 10130 and the unofficially-leaked 10134 build which you can check out here.

The build that was shown off is the Enterprise version from the winmain branch, and got leaked early on Sunday by Wzor. However, as pointed out on WZor's blog this isn't an untouched build, it has at least two modifications that allows you to change editions from Enterprise to Home and Pro, and includes 9 language packs, other changes are not known.

Later on Sunday, Wzor tweeted links for an 'untouched' x64 Pro OEM 10135 build which included the MD5 and SHA1 hashes, but our suggestion is to wait for an official build which could drop at anytime, especially if Microsoft wants to gatecrash Apple's WWDC keynote later today!