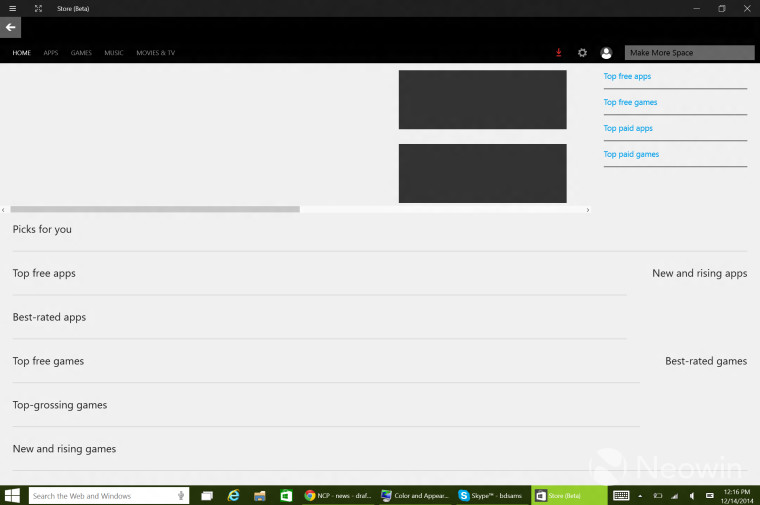 Earlier today, a build of Windows 10, 9901, leaked and we have already seen how the new UI is evolving ahead of the January 21st event that is taking place in Redmond. One of the other new items in this build is a new unified Windows Store app that is currently in beta.

Here's the deal, there is the Windows Store we all know and use but in this build there is also a 'beta' Windows Store that changes up the user interface and makes it more mouse and keyboard friendly. You can see the new layout, which makes navigating the store even easier, at the top of this page.

If you are wondering why the store is not populating, this is still an early build of the app but search does work. 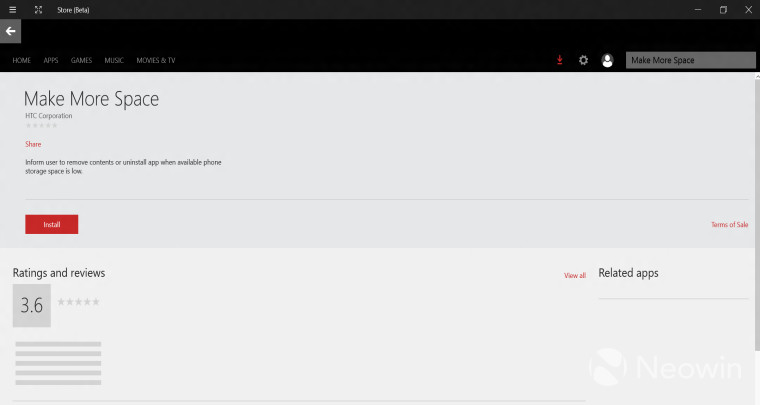 With the layout being vertical, as opposed to the current horizontal orientation, it will feel and act more familiar for users who are accustomed to web pages. With large, easy to read headers, and a promotional area for images, the reorganization is obviously trying to be friendlier for desktop users.

Besides the new layout, there is an even bigger change as Windows Phone apps have been found in the new store as well. Now, this could simply be a bug with the app that these apps can be found or it could be pointing to a much larger picture. More so, the store prompts you to 'install' the app as well when you find them.

If this holds true, it looks like you will be able to run Windows Phone apps in Windows 10. This will be a huge advantage for developers, as it would mean that they can write one app and have it target millions of additional desktop users as well as phone users. This is pretty much in line with what Microsoft said when they first started about Windows 10.

Again, this feature is not confirmed and is only surfacing because the beta Windows store app can now find these apps but we're very excited to see where this will go in the future. If you do install the OS and can find a way to install theses phone apps, let us know in the comments below.