Microsoft made a ton of announcements at E3 earlier this month, including the launch of game streaming from the Xbox One to a Windows PC, for those signed up to its Xbox Preview program. Today, it's revealed more improvements for gamers on Windows 10. 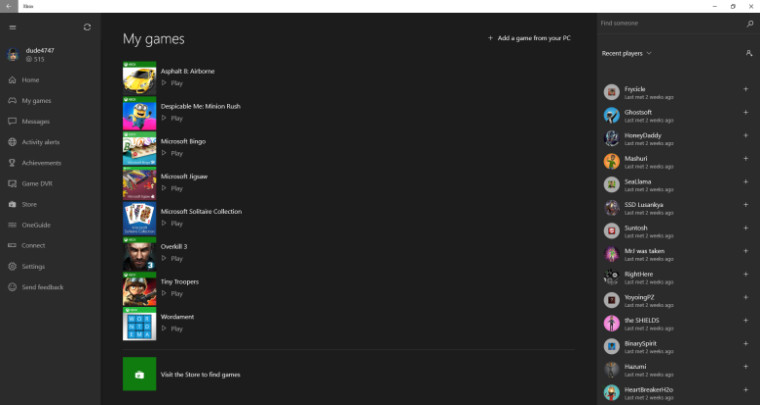 Major Nelson (aka Microsoft's Larry Hyrb) today announced a range of new features for the Xbox app on Windows 10:

You'll need to have the latest Windows 10 Insider Preview, build 10158, installed on your PC; once installed, the Xbox on Windows 10 app will be updated to the latest preview release, bringing it up to version number 6.6.27004.00000 or higher.

Xbox One owners can look forward to even more news in the next few weeks - Microsoft today confirmed that it will hold its Gamescom press conference on August 4, promising to "share some exciting announcements" at the event.