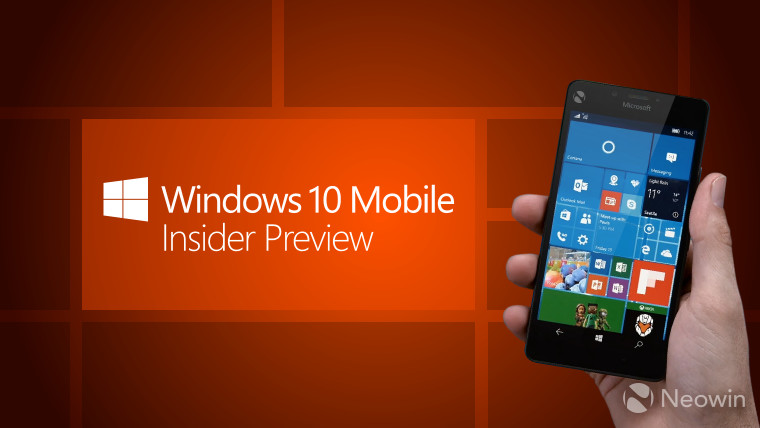 While Google is kicking off its I/O 2017 developer conference keynote, Microsoft is releasing new Windows 10 Insider Preview builds, including Mobile build 15215, which is now available in the Fast ring for supported devices. Unlike today's PC build, 15215 doesn't contain any new features.

As with the previous Fast ring builds for phone, it's from the feature2 branch, having been split off from the Redstone Development Branch, which is what the rest of Windows 10 is on. It's still unknown what the fate of feature2 will be, if it will eventually be merged with Redstone 3 or if it will simply be branded as the Fall Creators Update.

As usual, there's a list of fixes, improvements, and known issues. Here's what got fixed and improved:

To install today's build, head over to Settings -> Update & security -> Phone update -> Check for updates. If you're not on the Fast ring yet, go to the Windows Insider Program tab and tap 'Get started'.