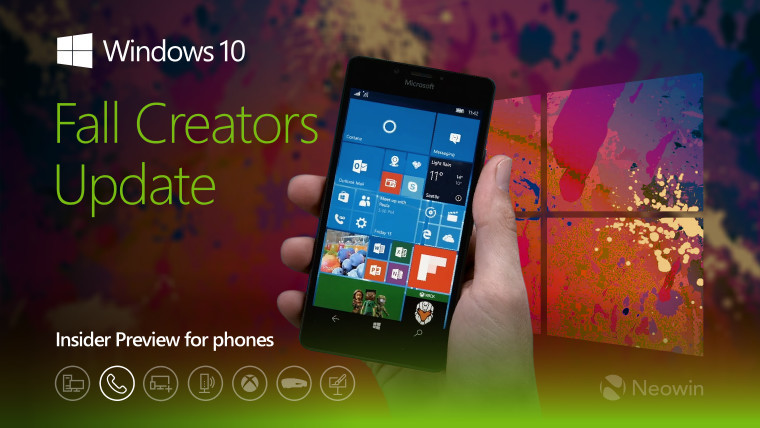 It's only been three days since Windows 10 Mobile Insider Preview build 15250 was released to the Fast ring, but there's no rest for the Insider team, as it's offering up build 15252 today. Like most Windows 10 Mobile builds from this development cycle, there are no new front-facing features.

The build is from the feature2 branch, rather than Redstone 3, which is where PC builds come from. Feature2 is an offshoot of Redstone 2, so Mobile is pretty much in maintenance mode.

Here's what got changed, fixed and improved:

Note that the comulative update that the notes refer to, KB4038788, is build 15063.608, which was this month's Patch Tuesday update for users of the Creators Update.

The most interesting thing is that the version number is finally 1709, as up until now, it would show 1703. It also confirms that feature2 will indeed be called the Fall Creators Update on Windows 10 Mobile, rather than something more generic like The Fall Update.

The Fall Creators Update is slated to launch on October 17 for PCs, and Microsoft has confirmed to Neowin that it will arrive in the same timeframe for phones.