Last year, French hardware brand Archos launched its first Windows Phone, the 40 Cesium, with an ultra-affordable price tag of just €89 EUR ($102 USD) - although, as you can probably imagine, it had a spec sheet to match its modest cost.

Today, Archos announced a new low-cost handset, which will be available in either Windows or Android flavors: the 50 Cesium gets Windows 10 Mobile onboard, while the 50e Helium will come with Android 5.1 Lollipop pre-installed. 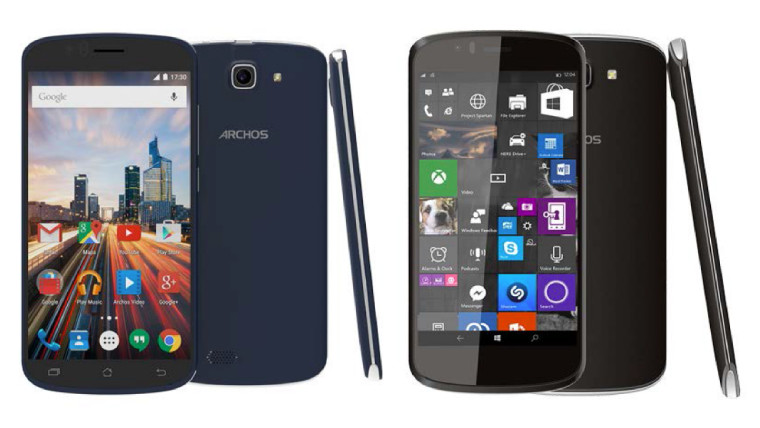 The two versions of the Archos 50 will go on sale in November, priced at €119 ($136) across the eurozone, and £99 GBP ($155) in the UK. Both versions of the handset feature 4G LTE connectivity, along with 'nearly identical' hardware. Key specs include:

It's not clear exactly where the two models differ in terms of hardware, but don't pay too much attention to the differences between the physical buttons on the front of the two devices in Archos' press image above - another image in the company's press release shows the Android model with no physical buttons on the front. And in the image above, you can clearly see an early Windows 10 Mobile preview build, still with Project Spartan rather than the new Edge browser.

Indeed, the attention to detail elsewhere in Archos' press release isn't exactly flawless, for what it's worth - it states that the announcement was made in 'Loncon' (rather than London), and according to the PDF spec sheet, the 50 Cesium comes with 'Windows 110'.