Several images of the Samsung Galaxy TabPRO S have been leaked by Evan Blass AKA @evleaks on Twitter. 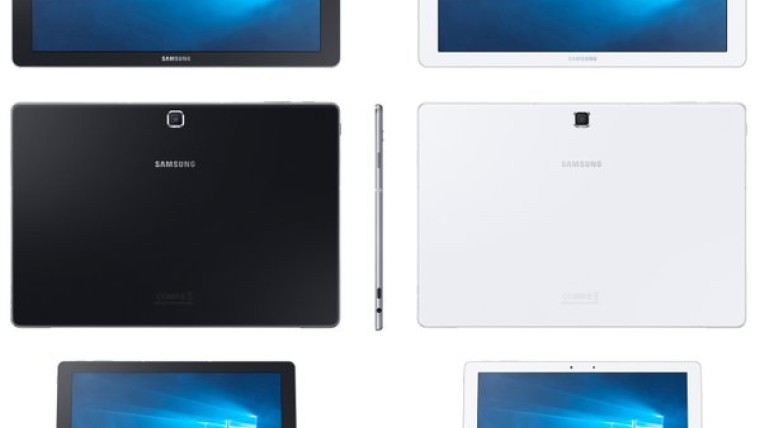 At present, no technical specifications have been provided but the tablet appears to be running Windows 10 going by the popular wallpaper displayed on screen. The detachable keyboard appears to have actual moving keys as opposed to the touch sensitive keys found on the Surface touch cover keyboards. Front and rear cameras also appear to be present with a noticeable absence of a Windows key on the screen bezel.

According to the images, the Samsung Galaxy TabPRO S will be coming in black or white with a silver frame which seems to follow the company's current tablet design aesthetic. Whether or not this device turns out to be a challenger against the likes of the Surface line of tablets, the new Surface Book and other two-in-one devices remains to be seen.

Given the leak, one may guess that the device itself is set to be unveiled at the forthcoming CES 2016 keynote when Samsung takes to the floor today at 2PM Pacific Time, so be sure to check back then.