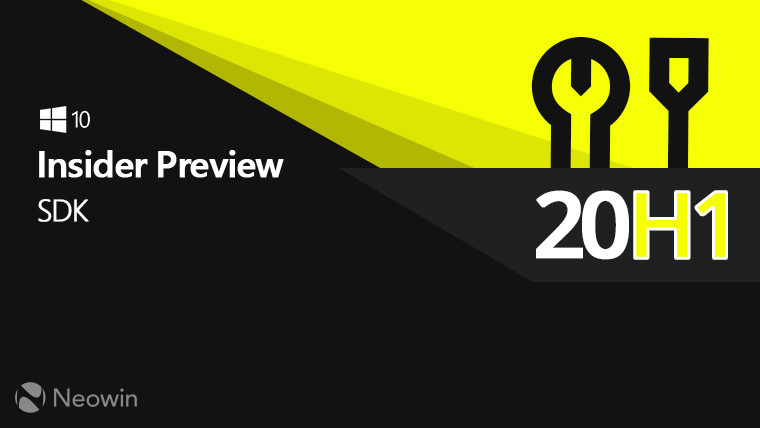 Microsoft's schedule for Windows 10 SDK Preview builds has been somewhat slow in the 20H1 development cycle, but today the company released build 18945. As usual, the latest build aligns with the one that was released to Windows Insiders in the Fast Ring last week.

What's not as usual, though, is that this build actually has some changes. In terms of new features, there's now something called Device Guard signing. This is a feature within Device Guard and it's available in the Microsoft Store for Business and Education. It aims to make it easier to sign MSIX packages and ensure that apps come from trusted sources.

Not only that, but the new SDK build includes a pretty big list of API changes. The list of API additions has grown from 96 lines in build 18922 from last month to 321 in this build, so it seems like there are a lot of new capabilities for developers. The changes seem to be related to many aspects of the OS and hardware features, such as the accelerometer, light sensors, and so on, though nothing in particular seems to stand out.

As usual, it's worth noting that this build can be used alongside previous versions of the SDK and developers can still develop apps for the Microsoft Store, as long as they're targeting Windows 10 version 1903 or earlier. You will need to be running an Insider build of Windows 10 for it to work, though, and you'll also need Visual Studio 2017 or later.

You can download Windows 10 SDK Preview build 18945 from the Windows Insider website. There are also new accompanying builds for the Hardware Lab Kit (HLK) and Windows Driver Kit (WDK), as well as build 18936 of the Assessment and Deployment Kit (ADK), which is different from the others for some reason.