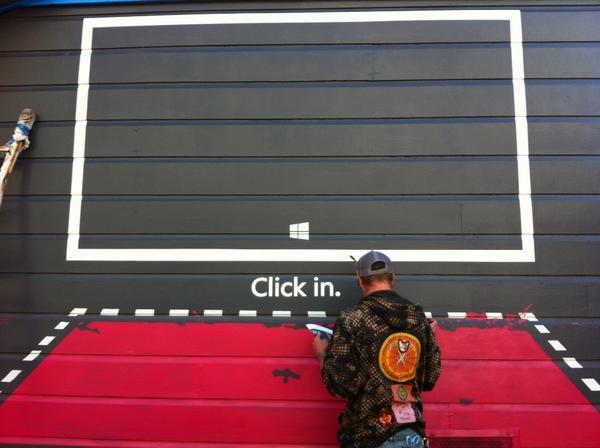 Is Microsoft finally about to unleash its full Windows 8 marketing muscle? That's what The Wall Street Journal claims will happen this weekend. Its new report claims, via unnamed sources, that Microsoft has plans for an ad campaign for its next PC OS that has a combined budget of "hundreds of millions of dollars."

The report claims that the well known ad agency Crispin Porter + Bogusky has worked on the Windows 8 marketing campaign. Microsoft also bought large amounts of TV commercial time last spring during the annual "upfronts" that TV networks hold to promote their new fall TV shows, according to the report

Microsoft has already launched a outdoor street art and banner ad campaign for the Windows RT-based Surface tablet in several large US cities. Earlier this week, some videos that looked much like TV commercials found their way to the Internet, but Microsoft has yet to confirm if these videos are in fact part of their TV ad campaign for Windows 8.

So far, Microsoft has only confirmed it will be holding a press event for Windows 8 and for Surface in New York City on October 25th.