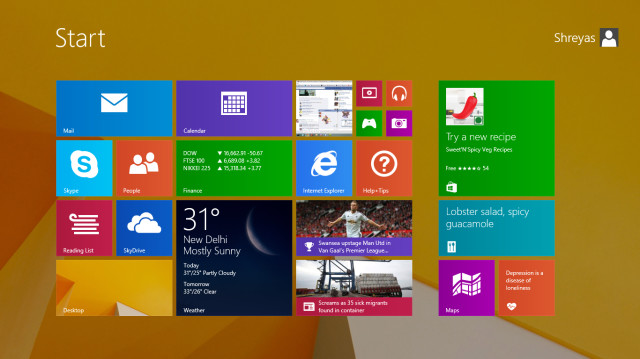 If you were not able to download the release of the 'August Update' last month before Microsoft pulled the files, you can do so once again. Microsoft was forced to remove the update from its website as well as Windows Update after there were many reports of the updates causing various issues from BSOD to fonts not rendering correctly.

But, all is good now as Microsoft has said that the updates have been scrubbed and are now bug free. So, if you were not able to download the update before, or you did so and it crashed your machine and you were forced to remove it, you can now download the update again from the source link below.

Microsoft has said that the following updates will be included for Windows 8.1 users:

This update was the first of Microsoft's monthly feature updates for Windows, that wasn't just a patch and it is fair to say that it was not a smooth transition to the fastest update cycle yet for the platform. The company said previously that it expects to roll-out monthly updates, much like it does with Xbox, and August was the first iteration of this new release cadence.