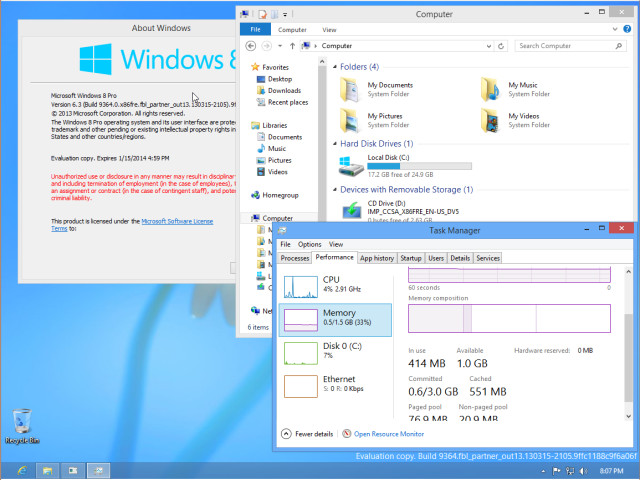 Checks on the setup.exe within the download have confirmed that at least part of the ISO is legitimate, however the slow three-part download means that we haven't been able to fully verify the contents of this build. A screenshot has been leaked accompanying the release of the build to the web, which shows a full build string including the unique build ID which will no doubt land some people in hot water.

We aren't as yet sure what new features this build of Windows Blue will reveal, but as people methodically check through the leak we'll be sure to report on anything interesting that's found.

Via: Windows9Beta | Thanks for the tip, Rahul!